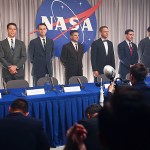 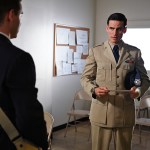 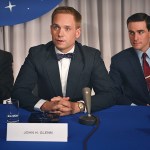 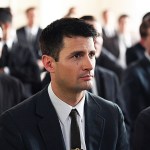 Trudy Cooper was more than just an astronaut’s wife. She could have gone to space. HL spoke EXCLUSIVELY with Eloise Mumford about Trudy’s heartbreak, Trudy and Gordo’s ‘deep love,’ and more.

The Right Stuff is more than just a show about going to space. The Disney+ series explores the personal lives of the Mercury 7, especially the relationship between Gordo and Trudy Cooper. Despite Trudy having left Gordo, she reunited with him so he could get the opportunity of a lifetime: to go to space. In the process of her husband achieving his dreams, she had to give up her own.

HollywoodLife talked EXCLUSIVELY with Eloise Mumford about the complexities behind Trudy Cooper. She talked about exploring both the “pain” and “pride” of her husband becoming one of the first men to go to space. The actress opened up about the complications in Trudy and Gordo’s marriage, Trudy’s love for flying, looking at the astronaut wives as individuals rather than just one group, and more. Read our Q&A below.

We all know about the astronaut wives, especially the ones of the Mercury 7. What was it about Trudy that made you really want to go for this?
Eloise Mumford: With Trudy, the second that I started learning about her, like so much in history, the women in this story have been sidelined in the way that we’ve learned about it in media and in the history books and everything in the past. So I didn’t know anything about Trudy until I read the script, and then I started doing research on her. I found out that she was a pilot herself and that she actually was a pilot before her husband, Gordo, was a pilot. They met in college in Hawaii, where they were both in a flight club together. She was an instructor there, and that’s actually where he learned to fly. In my head, it was from her. I’m sure that’s not what it actually was. But just that image that it was a love that she had long before she even met him is something that I just adore about her. Like so many women at the time, she was asked to give up her career and her passion in order to support her husband. I’m really glad that our series explores the heartbreak of that and the complexity of that decision. Because it’s not a simple decision. People make those sorts of decisions even now, and exploring everything that goes into that was really important to me and highlighting how much she never gave up fighting for being able to do the thing that she loved so deeply. That was incredibly, incredibly important to me. So I felt a great responsibility of playing her, to do her justice, and to tell her story in a way that I hope would have made her proud.

It’s fascinating to get that backstory and see the tension between Trudy and Gordo. She had to give up everything, while he got to do exactly what he wanted, and she had to watch him do it.
Eloise Mumford: The pain of that and also the pride is an interesting intersection. He asked her to come back when they were separated because he was being selected to be one of the astronauts. If she hadn’t come back to support him, he literally couldn’t have gone. On the flip side, that was her closest opportunity to get to be near the space program and to get to be near space. I think she must have known that. As somebody who loved space, she clearly would have liked to be doing that herself. The pain and the frustration and the anger of missed opportunity, but not even given opportunities, is something I really wanted to show because you can hold all those things at once. As women in particular, I feel like we don’t often see the sort of complexity of the female experience reflected on screen, and that’s super important to me. It isn’t just one thing. It’s all these things all at once, and that’s what actually makes it feel real. So that when you watch it, you’re like, that feels like it’s reflecting who I am to the core. So that was really important to me and also learning about Mercury 13. We get into it a little bit later in the season. That was a group of women I had no knowledge of, but it’s true history. They were selected at the same time that the Mercury 7 men were being tested to run through all these tests to become astronauts. They selected a group of women who were being run through the same tests, and they were actually better. They were better suited to be astronauts than men. But it was completely shut down. I’m really happy that our show gets into that part of history because I think it’s really important. As we’re celebrating the glory of this accomplishment –and it was a massive accomplishment going to space obviously — it’s great to show the other things that were happening behind the scenes.

I feel like Trudy was just born at the wrong time. At that time, it just wasn’t possible to do the things that she could have done today because of how women were viewed in society back then.
Eloise Mumford: Yes, she was born before her time, and yet, we still face so much inequality in our culture. Women, people of color, we’ve come a long way, but we still have so far to go. I think that it’s important as well to reflect the truth of how far we’ve come, and then also to take the lessons of witnessing people being held back and held down as something that we don’t ever want to perpetuate, and to continue to fight to give women and people of color opportunities that they have historically and can continue to be denied.

In the first few episodes, we really start to peel back the layers of Trudy and Gordo’s relationship. Where does that relationship go? Do you think Trudy wanted to make it work ultimately, or do you think she knew it wasn’t going to?
Eloise Mumford: I think that Trudy, like any complicated relationship, a huge part of her wanted to make it work. If not all of her, honestly. I think that she had a deep love for Gordo based in, I think, their shared love of flying. I think that he respected her in that world in a way that made her feel very seen and wasn’t a way that a lot of other people in the world respected her. And yet, at the same time, he was disrespecting her massively. So there’s the holding of those dualities. Throughout the season, we really explore the roller coaster of their relationship that has great passion. They have a real bond. And also, you’re watching a woman who has a great amount of respect for herself and also for her daughters and will not put up with certain behavior. The push and pull of that is something that we really explore throughout the season. It was so much fun to do with Colin O’Donoghue. He’s an incredible actor, and beyond that, just a really wonderful human. We had to do a lot of really intense stuff together. I trusted him implicitly and just adore him. It was so fun to work with him.

With the Mercury 7, they were like the first set of celebrities. This also impacted their families. How does Trudy continue to handle the fame as the pressure on her marriage increases?
Eloise Mumford: I think it’s very similar to the way it is now where there’s a fine line between wanting to be available and wanting to protect your privacy. I think Trudy was an incredibly private person, and part of that was wanting to protect her home life, her children, and her marriage. I think the other part of it was knowing that she didn’t necessarily sign up for that part of it. She was put in a pretty impossible scenario to suddenly be so famous. It was the beginning of when television was really taking off in that way and celebrity was sort of taking off in that way. Having to navigate that while also trying to live a lie in a lot of ways was an almost impossible task and watching her navigate that is really an interesting part of the show. For me, it was a really interesting thing to have to step into. It gave me a lot of empathy for that position.

The astronaut wives were famous in their own right. Going forward, how does Trudy maneuver her way through that group as they have to deal with the fact that husbands may not come home when they go into space?
Eloise Mumford: You bring up another huge point. They’re watching, along with everybody else in the world, their loved ones do something dangerous. I mean, that part alone, I don’t think I could handle it. It would be really hard. Part of what really excites me about our show is exploring the female relationships, not just with their husbands, but also with each other behind the scenes. I always fight for lots of women to women interaction on screen. I think it’s gravely lacking in so much of the media that we get in this world. In particular, there’s a scene with Nora Zehetner, who plays Annie Glenn, which I loved because you get to see these women who don’t necessarily know each other very well. They’ve been thrown into a situation together and it’s overwhelming. You see them starting to forge a friendship because they were suddenly some of the most famous people in the world. Their husbands were famous, and by extension they were, so seeing them navigate that together as a group is really interesting. So often in our exploration of “the astronaut wives,” they’ve been seen as a monolith. I’m really excited that our show pulls them apart a little bit, and we get to see that they’re not just defined by who they’re married to. They’re not just a group. They are singular people with different passions and different stories and different relationships to each other.