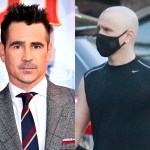 With just three weeks to go until the 2020 election, Madonna is in the voting spirit — and she showed off a brand new look while lending support to Joe Biden on Instagram.

Madonna has officially voted in the 2020 election! The singer revealed the empowering news on Instagram on Oct. 11, while sharing a series of selfies of herself. In the pics, she was practically unrecognizable with a new pink hairdo, and her eyes were electric blue with some help from a filter.

The 3 faces of a girl who just Voted!! 🇺🇸🇺🇸🇺🇸 Get out there and take responsibility people!! #bidenharris2020

“The 3 faces of a girl who just voted,” Madonna captioned the photo gallery, along with three American Flag emojis. “Get out there and take responsibility people!!” She also shared the hashtag #BidenHarris2020, to make it clear that she’s voting for Joe Biden and Kamala Harris over Donald Trump and Mike Pence in the upcoming election, which will take place on Nov. 3.

In the first two pics, Madonna was wearing a pair of glasses with her hair pulled back in a sophisticated style. However, in the third photo, the glasses came off and her hair was down and framing her face in curls. The cotton candy pink color was fully on display in the picture, and Madonna accentuated the look with some pink lipstick, as well.

With the coronavirus pandemic continuing to sweep the nation, early voting is more prominent than ever ahead of the 2020 election. So many celebrities have been taking to social media to show off their ballot envelopes, and many have also made it clear which candidate they’re choosing to endorse. Ahead of the Vice Presidential debate on Oct. 7, Taylor Swift shared a photo of herself with a plate of Biden/Harris cookies, which she baked herself. “Gonna be watching and supporting Kamala Harris by yelling at the tv a lot,” she captioned the pic.

Hailey Baldwin has also been extremely vocal about her support for the Biden/Harris campaign. On Oct. 10, she posted a photo of herself in a blue BIDEN t-shirt, and wrote an empowering message to her fans. “Something that’s affected my mental health is the state of our country and the future of our country,” Hailey revealed. “I have hope, but we need to collectively make the change we want for our future and that means getting out there to VOTE!!!”