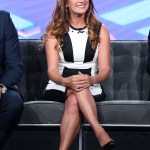 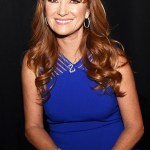 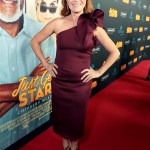 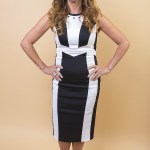 Jane Seymour stars in ‘The War With Grandpa,’ and the 69-year-old spoke with HL EXCLUSIVELY about how her positive outlook on life is ‘reflected’ in new roles and the one scene that was ‘basically lethal.’

Jane Seymour, 69, plays Diane in the all-new family comedy The War With Grandpa, alongside Robert De Niro, 77, Christopher Walken, 77, Uma Thurman, 50, Oakes Fegley, 15, and more. Even after decades in Hollywood, Jane isn’t slowing down when it comes to acting whatsoever. She’s having a blast with her variety of roles. “I think 70 is the new 50 or something,” Jane told HollywoodLife EXCLUSIVELY during The War with Grandpa press junket. “I don’t know what it is, but I’m almost 70. I don’t feel like I’m 70. I certainly don’t act like I’m 70. I’m thoroughly enjoying and loving life, and I think that’s reflected in some of the material that’s being made.”

In The War with Grandpa, De Niro’s character Ed enlists Diane and their other friends for a trampoline dodgeball battle against his grandson. Jane talked about filming the incredibly physical scene, and she admitted she’d never heard of dodgeball before.

“They don’t have dodgeball in England, or at least they didn’t when I was growing up. I’d never heard of it,” Jane said. “And then when I mentioned it to my kids, I said, ‘Have you heard of dodgeball?’ And he said, ‘Mom, don’t be ridiculous. It’s what everyone plays here in America.’ He said, ‘It’s dangerous, it hurts.’ I was like, why would you do it on the trampoline? I mean, it’s crazy. But it was so funny and so much fun to film and very dangerous to film. But there were stunt doubles, although I did all my own jumping pretty much and falling and getting trashed. But I was a bit worried because I knew that we were all lying about our actual ailments before we even started on the trampoline. Everyone was being just a little bit ginger trying to sort of act jumping rather than jump jumping. But by the end of it, we all looked to one another and said, ‘What the heck, we are going to jump.’  And we did. It’s basically lethal. I’m so surprised we weren’t in hospital after that.”

Jane, Robert, Christopher, and Cheech give the kids a run for their money with the trampoline dodgeball. The War With Grandpa, out Oct. 9, is a delightful reunion for Jane and Christopher, who starred in the hit comedy Wedding Crashers together.

“It was a very happy coincidence because I really enjoyed him the first time, but I didn’t realize this special kind of delivery he does that makes no sense,” Jane admitted. “I think he puts he puts commas and full stops into sentences that were not invented to have those. So you never quite know how he’s going to play anything or what’s going to happen or what the tone is going to be. But you do know that it will surprise the living daylights out of you. By now, I needed to expect that I would be on my toes for that. And then Cheech [Marin], that’s a whole other way of acting, and De Niro is something else, too. As an actress, it was a wonderful, wild ride because they’re all brilliant, and they’re all completely different. And to put us all together in the same room in the same scene was brilliant, I think.”

In addition to The War with Grandpa, the legendary actress has a number of other projects in the works. “I just did a wonderful role and just finished in Australia playing a woman who had Alzheimer’s and who inadvertently burns down her house and doesn’t realize her husband’s been dead for five years. She ends up having to live with her kids in their house with her grandchildren. It sounds similar to War with Grandpa, but it’s completely different. This is a drama, but it also really shows what that disease is like, and it shows the light side of it, too. It shows how this woman impacted every member of his family for the better and really became a blessing for them in a funny kind of way.”

She also stars alongside Malin Åkerman in the upcoming comedy Friendsgiving. “I play Malin’s Swedish mother, who is completely outrageous and over the top, of course. I wore a big blonde wig, and I sound and look so different from myself,” Jane said. “I’m surrounded by some of the best female comedians in the business.” She stars as Leonor de Aquitania in a new miniseries and will reprise her role as Madelyn in the upcoming season of The Kominsky Method.