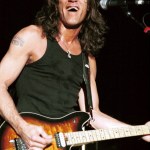 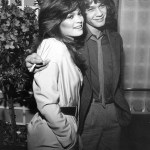 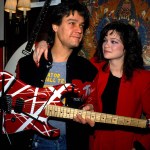 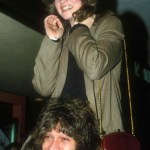 Valerie Bertinelli has broken her silence on the death of ex-husband Eddie Van Halen. She said she was so ‘grateful’ to hold him in his last moments before he passed away following a long cancer battle.

Valerie Bertinelli was right there for ex-husband Eddie Van Halen until the very end of his life. The 60-year-old actress shared with fans how he will always be her “love” after the guitar legend died at age 65 following a battle with throat cancer on Oct. 6, 2020. The former couple shared a son Wolfgang, and the 29-year-old later became part of his dad’s iconic band Van Halen. Valerie shared this throwback Instagram photo showing her and Eddie as a 10-year married couple, holding a smiling baby Wolfie in their arms.

Valerie wrote in the caption, “40 years ago my life changed forever when I met you. You gave me the one true light in my life, our son, Wolfgang. Through all your challenging treatments for lung cancer, you kept your gorgeous spirit and that impish grin. I’m so grateful Wolfie and I were able to hold you in your last moments. I will see you in our next life my love.”

Valerie and Eddie had quite the love story. She played good girl Barbara Cooper on the 1975-1984 CBS sitcom One Day at a Time while he was a guitar god in one of the hottest rock band of the era (and ever!), Van Halen. After her brothers encouraged twenty-year-old Val to meet Eddie following one of the band’s concerts, their chemistry was strong. The pair wed on April 11, 1981, just a few months after they met. They welcomed their only child Wolfgang in 1991, and split up in 2001 after twenty years of marriage, which is a lifetime in rock and roll years. Valerie and Eddie didn’t divorce until six years later, in 2007. The pair remained strong co-parents and good friends.

Their only child broke the news of his father’s passing via an Instagram post on the morning of Oct. 6. It featured a black and white photo of the smiling guitar god in his later years, after he had remarried Janie Liszewski, 50, in 2009, as his wedding band could be seen. “I can’t believe I’m having to write this, but my father, Edward Lodewijk Van Halen, has lost his long and arduous battle with cancer this morning,” Wolf began in the caption.

“He was the best father I could ever ask for. Every moment I’ve shared with him on and off stage was a gift. My heart is broken and I don’t think I’ll ever fully recover from this loss. I love you so much, Pop,” his son concluded. Valerie quickly posted up a series of red heart emojis in the comments. Eddie had battled throat cancer for 20 years, keeping it a secret for over a decade. Recently it had recently spread to other organs and he passed away at St. John’s Hospital in Santa Monica. In addition to Valerie and Wolf, Eddie was surrounded by wife Janie and brother Alex Van Halen. Meanwhile, fans and fellow music legends flooded social media with tributes and remembrances of the great axeman.