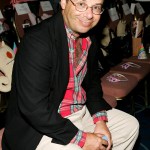 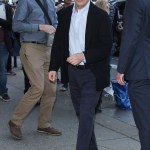 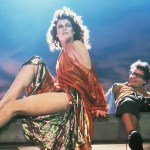 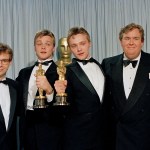 Who would honestly attack Rick Moranis? The ‘Honey, I Shrunk The Kids’ star was randomly punched in the head while walking on the streets of Manhattan, and the attack left stars like Josh Gad seeing red and full of ‘rage.’

“My blood is boiling. Find this man. You don’t touch Rick Moranis,” a furious Chris Evans tweeted on Oct. 2, one day after the Ghostbusters star was a victim of a random attack in New York City. The NYPD said that the Thursday (Oct. 1) incident happened at 7:24 a.m EST, on Central Park West near 70th street. As Rick, 67, was walking down the sidewalk, an unidentified man in a black “I Love New York” hoodie allegedly slugged the Honey, I Shrunk The Kids actor in the head. Rick fell to the ground after this seemingly random attack, and the suspect calmly walked away.

Rick went to a local hospital to be treated for pain in his right hip, head, and back, per CBS New York. He later walked to a local precinct to report the crime. Surveillance footage of the incident was released online, with the NYPD offering up to $2500 for information on this attack. Hopefully, the authorities find the alleged assailant before the angry mob online does. Like Chris Evans, stars like Ron Funches and Josh Gad were livid over what they saw. “The rage I am feeling right now is beyond words,” tweeted the Frozen star. “Who does this? What psychopath does something like this to a man in his 60’s. Speedy recovery, my friend.”

The rage I am feeling right now is beyond words. Who does this? What psychopath does something like this to a man in his 60’s. Speedy recovery my friend. 🙏🙏 https://t.co/u87CizhfHc

My blood is boiling. Find this man. You don’t touch Rick Moranis. https://t.co/VXBbTjdDwa

“You don’t touch Rick Moranis,” tweeted Ron Funches, a sentiment shared by many. “Punching Rick Moranis is a surefire way to become the most hated man in America.” “If you are the lowlife scumbag who sucker-punched Rick Moranis, you better turn yourself in to the cops before the rest of New York City catches up with your ass.” Some users, like the official account for Riot Fest, took the moment to mock President Donald Trump’s COVID-19 diagnosis. “Waking up to terrible news on twitter this morning. Wishing for a safe and speedy recovery to a very important person. Get well soon, Rick Moranis.”

I know a lot is happening, but we must come together to protect Rick Moranis https://t.co/kc7UVqK7w0

Rick had a hand in shaping the childhood of Gen X/Xellenials with starring roles in Honey, I Shrunk The Kids, Ghostbusters, Spaceballs, Little Shop of Horrors, Gravedale High, Strange Brew, and the 1994 live-action adaptation of The Flintstones. However, after his wife passed away from breast cancer in 1997, Rick took a hiatus from acting to focus his energy on raising their two children.

“I took a break, which turned into a longer break,” he told The Hollywood Reporter in 2015. “But I’m interested in anything that I would find interesting. I still get the occasional query about a film or television role, and as soon as one comes along that piques my interest, I’ll probably do it.” Rick made his on-screen return in a 2018 episode of The Goldbergs. This month, he caused quite a stir by starring opposite Ryan Reynolds in a Mint mobile ad.