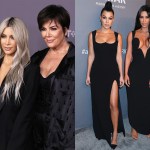 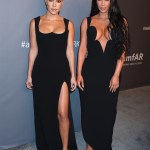 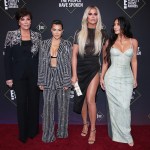 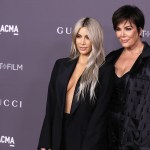 Khloe Kardashian looked less like Kourtney’s sister, and more like her twin in a new snap! Fans couldn’t help but notice the pair’s striking resemblance.

Khloe Kardashian, 36, and her big sis Kourtney Kardashians, 41, have always shared a strong resemblance, but fans were convinced the pair looked identical in Khloe’s latest snap. The Good American mogul took to Instagram on September 24 to share a new pic of herself rocking activewear from her fashion label’s newest collection. In the carousel post, she rocked lack and white striped pants a mesh black jacket, and black sneakers. She also clutched onto a sparkly reusable cup, which she referenced in the caption.

“My rhinestone cup makes water taste better,” she wrote. “Btw, Kourt is jealous of my cup.” One fan swiftly commented, “I thought this was Kourtney at first glance,”  to which Khlo replied, “Wow!! What a compliment.” Kourtney also commented on the pic, writing, “I’m so jealous I wish the sun was sparkling off of it so people could really experience its true beauty.”

This isn’t the first time Khloe has twinned with a fellow celeb: back in August, she shared an adorable pic with her baby girl True Thompson, 2, and fans thought she looked just like Selena Gomez. Her sisters Kourtney and Kim Kardashian, 39, have also looked identical in the past. In the pic above, the duo rocked similar, contoured makeup looks and dramatic black gowns with low-cut necklines. The raven-haired beauties styled their hair differently: while Kourt slicked her tresses into a top knot, Kim wore her brunette hair in pretty curls.