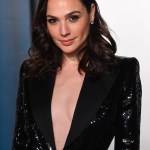 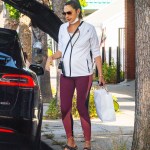 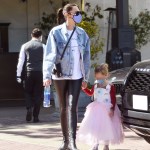 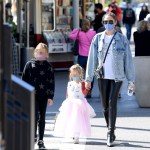 The full trailer for the ‘Snyder Cut’ of ‘Justice League’ has finally arrived. The footage revealed a fresh look at Darkseid, more of The Flash, and Superman’s black suit!

In addition to footage we’ve seen in the 2017 movie, the Snyder Cut trailer reveals the villainous Darkseid in action. There’s also a glimpse into the backstories for The Flash and Cyborg, something fans didn’t get to see in Justice League. Superman also rocks a black Superman suit in the trailer. While the original suit is clearly his signature, Superman looks very sleek in the black costume.

The Snyder Cut started going viral before Justice League was released in 2017. Zack was the original director for Justice League, but he stepped down from directing during post-production due to the death of his daughter. Joss Whedon completed the movie as an uncredited director. Zack has revealed that his original version of the film was 4 hours long. When he went to Warner Bros., he showed them a 2-hour rough cut. What was released in theaters was ultimately not Zack’s vision for the film. Thus, the Snyder Cut was born.

The Snyder Cut of Justice League will be available in 4 one-hour installments on HBO Max, Zack confirmed. He also opened up about what fans will see more of in the movie. “The characters that I’m excited to fully flesh out? Of course, it’s Cyborg. He’s the heart of the movie. He holds the team together in a lot of ways and I’m excited for fans to see how it’s realized,” Zack said during the panel. The director also promised a “more emotional arc” for The Flash.