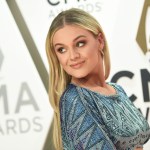 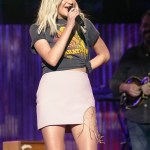 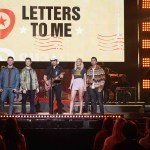 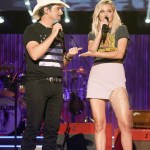 Kelsea Ballerini took to Twitter to share a series of tweets that documented her and her husband Morgan Evans’ eventful night that had them trying to get a bat out of their home after it unexpectedly flew inside.

Kelsea Ballerini, 26, had an interesting night with her husband Morgan Evans, 35, on Aug. 17 when a bat flew into their home as soon as they were about to go to bed and she live-tweeted the memorable moment with her fans. The tweets started as soon she noticed that the bat flew into her and Morgan’s bedroom and went on all night with some even including videos of them trying to get it out. “just as @Morgan_Evans & I got all cozy in bed, a BAT flew out of SOMEWHERE in the BEDROOM and now we can’t get him OUT and although he’s little and cute he’s STILL HERE,” the first tweet read.

just as @Morgan_Evans & I got all cozy in bed, a BAT flew out of SOMEWHERE in the BEDROOM and now we can’t get him OUT and although he’s little and cute he’s STILL HERE. 🦇

The first video Kelsea shared was posted an hour into the bat’s first appearance and showed Morgan with a towel wrapped around his head as he tried walking up to it. She filmed the tense moment and when the bat eventually flew across the room, she screamed and jumped. “He’s out?” she asked her hubby before realizing he wasn’t and going on to ask where it was.

this has gone on for an HOUR. 🦇 pic.twitter.com/tcC12RrqkW

She then followed up the video with another tweet that revealed the bat was now behind a mantel in her home. “It’s the fact that I optimistically called this bat cute 10 minutes ago and now he’s FLOWN behind the MANTEL and won’t come OUT so I’m sleeping on the couch for the foreseeable future for me,” she wrote before also tweeting some jokes that were full of puns.

“me- the bat- BATTER LUCK NEXT TIME,” one read. “…still in comBAT,” another read. The singer also explained that she “put out water” for the bat “because 1) I want to coax him out of his hiding spot and 2) I feel SAD THAT HES HAD TO FLY SO AIMLESSLY FOR AN HOUR AND HES PROBABLY PARCHED I am unstable.”

When a fan then suggested she and Morgan keep the bat, Kelsea called it “a nice plot twist” and joked with the question, “what are we naming him?” She followed up with another video that showed Morgan now standing in front of a sliding door and holding a net with a long handle up to the corner of the ceiling before he ducked his head and turned around to look for the bat. She started laughing in the clip and captioned it with, “best caption wins a zoom.”

Her last tweet of the night revealed that she and Morgan were tired as well as the bat. “I am CACKLING at your responses oh man // update- still in the room, bat is tired, we are tired, it’s a standoff. WHO WILL BREAK. me. That’s who,” it read.

After posting tweets unrelated to the bat incident the next day, Kelsea went on to conclude the bat adventure by confirming that she thinks it exited her house during the night and all is well. “For those asking, Im 99% sure the bat flew out overnight whilst it had full ownership of the entire upstairs and we had the couch,” she wrote in the tweet. “I can’t confirm, but it’s looking promising. Thanks for your concern. It looks like we finally won the BATtle.”

She appropriately ended the tweet with a bat emoji.