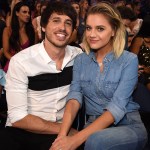 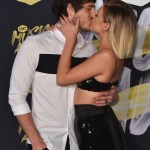 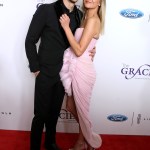 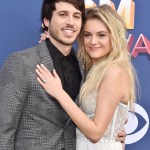 With their busy schedules, Morgan Evans and Kelsea Ballerini don’t get to spend much time together — but he dished to HollywoodLife EXCLUSIVELY about how they make marriage work anyway!

Morgan Evans and Kelsea Ballerini are on their way to becoming country music’s next power couple, but with the rising success of their careers, they’re not left with much down time to spend together! “I think we saw each other for seven hours yesterday,” Morgan laughed when he stopped by HollywoodLife for an EXCLUSIVE interview Oct. 16. However, the married couple has a surefire way to embrace the time they do get with one another, and Morgan filled us in on how they make it work.

“You just gotta plan ahead, make sure there’s something to look forward to. Just a little pocket of time.” he explained. “And when you have that time…just be able to turn your phone off. Thankfully we both work with people who totally understand that if it doesn’t work for us, then nothing else matters. Yeah, it just takes a little more organizing!” Morgan released his debut US album, Things That We Drink To, on Oct. 12, but while he’s been around the country doing press, Kelsea has been on tour with Keith Urban and fulfilling other obligations. However, they make a point to be together whenever they can…even if it just happens to be when they’re crossing paths at home for a few hours in Nashville.

Morgan and Kelsea met while co-hosting the CMC Awards in Australia in March 2016. They got engaged on Christmas Day 2016, and were married less than a year later in Mexico, on Dec. 2, 2017. Meanwhile, things aren’t slowing down for them anytime soon — she’s on tour with Keith through the beginning of November, while he’s on the road with Chris Young until mid-December.