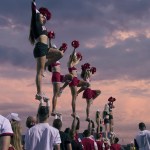 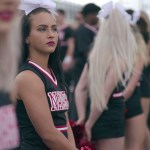 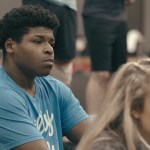 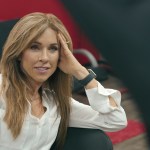 Jerry Harris captured the hearts of America in ‘Cheer’ on Netflix, and now he’s dishing on whether we’ll see him in a season 2 in a new interview with HL!

So many things were cancelled and cut short due to the Coronavirus pandemic, and that unfortunately included Navarro Cheer’s season and their Nationals in Daytona. While fans thoroughly enjoyed the Cheer docuseries from Netflix that followed coach Monica Aldama and her team of competitive cheerleaders, there is tons of uncertainty surrounding the possibility of a season 2. Fan-favorite and one of the team leaders with his uplifting mat talk and inspiring story, Jerry Harris, spoke to HollywoodLife.com in an EXCLUSIVE interview about the possibility for a Cheer season 2!

“We loved it. We loved having our first season of Cheer come out and loved seeing all the reactions, but for now, we’re not sure what’s to come from it,” he admitted. “We were hopeful that there possibly is [going to be another,] but we just we just love everything that has happened and that has come from season one.”

In the final episode of Cheer, we learn that Jerry received a Regional Scholars Award from the University of Louisville, but after attending for a semester, he returned to Navarro College and the team. Thank goodness, too, because Jerry was a true token of light and support throughout the series, during which he became famous for his ultra-positive mat talk, which he’d cheer to his teammates during their toughest stunts and tricks.

“I was raised that way to always be encouraging and helpful of anyone around me. I really learned that skill from my mom at a very young age and just that with me through the years growing up,” Jerry said of his ‘mat talk’ abilities. “I’ve definitely had that built in me and just trying to be helpful and a good person and a good friend to anyone.”

Jerry went from being a small town competitive cheerleader to a viral sensation overnight, hosting the Oscars red carpet show for the Ellen, to his latest partnership with Cheerios. He admitted that dealing with the newfound fame came easily when he was with his teammates. “It wasn’t like I was ever alone. If we did things, we’d always do it together,” he said. “It was really helpful that I had my team and my coaches to depend on during that time.”

With his latest Cheerios campaign, Jerry partnered with the heart-healthy brand to help end childhood hunger and spread messages of positivity. Starting tomorrow, August 11, Jerry will be launching a weekly morning motivation Mat Talk Series on his Instagram Stories through Sept. 1. The series will teach people how to fuel their days with positivity through the summer and into the school year. In the series, Jerry will share his own dealings with food insecurity to help raise awareness for Cheerios and No Kid Hungry’s efforts to combat childhood hunger, which will include a very special grant to his second hometown, Corsicana, TX.