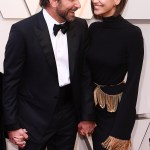 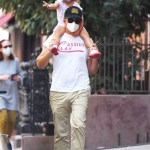 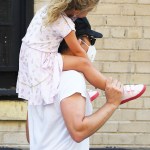 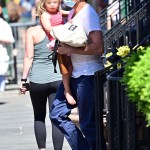 Bradley Cooper was spotted returning to Malibu, the same city he and Jennifer Garner had a recent hangout at on the beach, while wearing a stylish David Bowie shirt and jeans.

Bradley Cooper, 45, made sure to dress stylish but also stay safe during a return visit to Malibu, CA on Aug. 6, two days after he made headlines for hanging out with newly single friend and former Alias costar Jennifer Garner, 48, on a beach in the same city. The actor wore a white T-shirt that had a black and white graphic of David Bowie on it and jeans during the outing. He also wore a baseball cap, sunglasses, and a white face mask to protect himself and others from COVID-19.

Although Bradley and Jennifer sparked romance rumors during their recent hangout, it turns out the two stars are just friends and were enjoying some friendly summer fun with their kids. “They were not on a date,” a source close to Jen shared EXCLUSIVELY with HollywoodLife. “They’re dear friends, she adores him but she’s always said he’s just a good friend.”

“They’ve hung out so much over the years so their beach day isn’t out of the ordinary at all,” the source continued while also explaining that Bradley is “friends with [Jennifer’s ex] Ben Affleck too, and he knows her kids. He’s really a family friend and it’s always been platonic between them.”

Before Jennifer and Bradley’s hangout, Jennifer recently split from John Miller, but our source said she is “doing fine she’s great actually. It wasn’t any sort of a dramatic break-up. It happened a while ago, she just felt the need to take a step back and she’s done that, and for now, at least, she’s happier being single.”

As for Bradley, he’s been single after splitting from his ex Irina Shayk, 34, in June 2019 after two years. Like Jen does with her ex Ben and their three kids, Violet, 14, Seraphina, 11, and Samuel, 8, Bradley co-parents his daughter Lea, 3, with Irina.