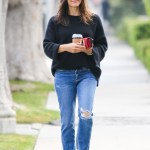 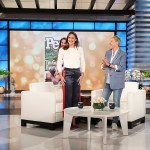 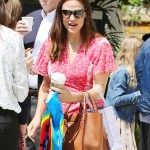 Jennifer Garner and Bradley Cooper raised many eyebrows when photos surfaced of their August 5 beach hangout. Now, sources are revealing EXCLUSIVELY to HollywoodLife the truth behind their get-together.

They’ve known each other for roughly 20 years, and now sources are sharing the significance behind Bradley Cooper and Jennifer Garner‘s August 5 hangout at a Malibu beach. Photos surfaced of the pair relaxing and enjoying the sand and surf while playing with the A Star Is Born star and director’s, 45, three-year-old daughter, Lea De Seine Shayk Cooper. “They were not on a date,” a source close to Jen shared EXCLUSIVELY with HollywoodLife.

“They’re dear friends, she adores him but she’s always said he’s just a good friend,” the source went on. Bradley and Jen, 48, first worked together back in 2001 on the series Alias. Jen led the series for five seasons and over 100 episodes, while Bradley made appearances throughout the show as Will Tippin for a total of 46 installments. Their friendship has flourished all of these years later.

“They’ve hung out so much over the years so their beach day isn’t out of the ordinary at all,” the source continued. In fact, Bradley is “friends with Ben [Affleck], too, and he knows her kids. He’s really a family friend and it’s always been platonic between them.” As for how Jen is doing since her recent split from John Miller, our source assured us that she is “doing fine, she’s great actually. It wasn’t any sort of a dramatic break-up. It happened a while ago, she just felt the need to take a step back and she’s done that, and for now, at least, she’s happier being single.”

A secondary source, close to Bradley, reiterated how friendly the former co-stars have remained since their days on set. “Jen and Bradley have been close friends for years and they just have a great rapport with each other,” they shared with HL. “There have been rumors throughout the years that the two could have been dating whenever they spent time together, which is ridiculous and there’s simply no truth to anything romantic.”

While staying in touch and maintaining their friendly bond since Alias wrapped in 2006, both Jen and Bradley have gone on to cultivate thriving personal lives. Jen was previously married to Ben Affleck and they share three children together — Violet, 14, Seraphina, 11, and Samuel, 8. Despite their 2018 divorce, they have both maintained an exceptional co-parenting relationship. Bradley has done the same with his ex, model Irina Shayk, following their June 2019 split after roughly two years together.

All told, these two have found something very special in Hollywood: an incredibly meaningful, close friendship between former co-stars. As one source reiterated, “they’ve been great pals since working together on Alias in 2001 and they have a genuine friendship that is rare to find.” HollywoodLife reached out to Jennifer Garner’s rep and Bradley Cooper’s rep for comment.