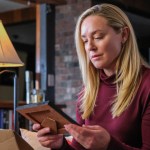 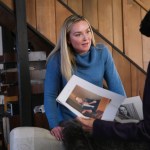 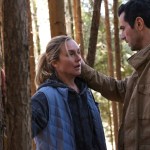 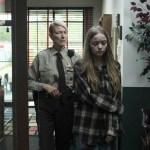 Robin Givens is making her directorial debut with the Lifetime movie ‘A Murder To Remember.’ She spoke to HL about being on the other side of the camera, working with Maddie Nichols, and more.

The new Lifetime movie, A Murder To Remember, premieres Aug. 2 at 8 p.m. The film is inspired by Ann Rule’s true crime collection Empty Promises and marks the directorial debut of actress Robin Givens. A Murder To Remember follows a young woman who finds herself in a dangerous situation when her husband mysteriously dies in the woods, and she accepts help from a stranger.

HollywoodLife talked EXCLUSIVELY with Robin about her first TV directing project. Directing has been on a Robin’s mind for a while now, so she relished the opportunity of taking on a Lifetime movie. Robin also discussed the challenges of filming, working with star Maddie Nichols, and more.

This is your directorial debut! How did that come about with Lifetime and what stood about the story of A Murder to Remember?
Robin Givens: I’d been looking for a directing project. I had been doing some writing, and I’ve sort of been pitching my writing and had my name out there in a certain respect. A friend of mine who is a producer that I’ve worked for said, “Robin, I think I have the perfect script for you.” I was like, “Yeah, yeah, yeah, sure.” I start reading the script, and I just fell in love with it. From the first page, I was in love with it. I took a meeting with Leslie Greif, who’s our executive producer, and then Leslie had made me take a meeting with the rest of the team. Those meetings got me finally to a meeting at Lifetime. I sat opposite our Lifetime execs at the biggest conference table. It went on and on and on forever. I took a meeting and talked about the script. I said what it meant to me, how I felt about the characters, what I wanted it to look like, certain shots that I wanted to use. I think the next day I got the call that they were willing to take a chance.

You’ve been acting for over 30 years. Was there a moment when you realized you wanted to start directing?
Robin Givens: I think it’s something that’s been there for a while. I really had started directing theater, and I started in theater really at Sarah Lawrence. I’ve always been in love with theater, and I’ve been doing some directing within theater. More recently with Riverdale, I was talking to Mädchen Amick. She and I had done actually a pilot for Lifetime together, so we knew each other even before Riverdale. We’d be sitting on on the set and talking about shots  and talking about lenses and things like that. Even with Luke [Perry]. I think the last 4 or 5 years was when I knew that it’s something that I really wanted to start doing.

What was the most challenging aspect of being a director?
Robin Givens: I have to say the thing that comes to my mind first… It also comes to my body, like my armpits start sweating. You realize you have to make your days. You have this schedule, and you have all of the things that you want to do during that day. It’s all set up. You’ve completely prepared and gone over the shots with the DP. You know, I’ve done all the homework, but you’ve got to make the days, and you’re not prepared to the things that can go wrong. You realize that there’s a financial aspect to not making your day in terms of a schedule. Just that sense of pressure was something I wasn’t prepared for.

This movie takes place in the outdoors. What was that experience like for you?
Robin Givens: We didn’t know whether we were going to do our week in the woods in the beginning or the end. I finally said, “Look, guys, let’s do it in the beginning. It’s going to be grueling. We’re going to have a lot of energy.” Thank God we did it in the beginning in the woods. The woods in this movie are really a character in and of itself. It goes from Robin and Javier, our wonderful couple in love. He’s taking her away. Their anniversary is coming up,  and he takes her to this place he thinks could be magical. But the woods become her prison. Even for us shooting, we couldn’t predict the weather. We were standing in the rain and mud was everywhere and the trailers were sliding. It was tough. I think preparation was really important because there were so many things we couldn’t foresee and couldn’t prepare for. But those woods I’ll never forget them, that’s for sure.

What was it like working with Maddie Nichols and diving into that intense journey with her character?
Robin Givens: We had such a hard time finding our Robin. By the time I saw Maddie, she was Robin. Just getting to Maddie was such a journey in and of itself. She couldn’t believe it, and I felt the same way. But Maddie Nichols, she’s a really special young actress. She’s beautiful to me in a very interesting way. The more you look at her, the more you’re just enticed by what’s going on behind those big, giant eyes. There’s such an honesty and groundedness to her work. I knew that the acting was going to be my strength in directing this movie, but I had to figure out how to communicate to this young woman things that I think she hadn’t experienced. We meet Robin when she’s still a little girl, even though she’s newly married. We take this journey with her. She loses her husband. This man sees her, wants her, takes her. This man who really is causing her harm and has taken her captive becomes a person she has to lean on. Maddie and I had talked through that sensibility of she’s still very much connected [to him] by the time she’s safe and in the sheriff’s office. He says to her to repeat “you saved my life.” Just for her to understand that bond that they had I think was a little tricky for her. But when she got it, she got it.

What do you want viewers to take away from A Murder To Remember?
Robin Givens: I think the thing that I love about this movie is we see three really strong women. You see Robin as a little girl and her journey to becoming a woman. I think she’s very different at the end of the movie than she is in the beginning when she’s that giddy little girl arriving to go camping. We watch her get her strength, and I love that we go on this journey with her. I love that, but we also have our Leslie Hendrix, our sheriff, who is a badass Clint Eastwood. I love her so much. The way she’s just willing to be a protector, but she’s always in search of the truth. And then our strong mom fights for her daughter. She’s there for her daughter. I think strength looks so different. It can look so different, and this movie has three strong women who are all very different.

What has directing for the first time meant to you and how is going to propel you forward in your career?
Robin Givens: For me, and I didn’t know this going into it, but I’ve always as an actress played women that are very different than myself. I’m nothing like Jacqueline in Boomerang or Stephanie in Ambitions. I’m a little goofier than they are. In many respects, it kind of put me in touch with a certain strength that I had and made me more comfortable. I think oftentimes as women, we don’t want to be intimidating or dumb things down. It gave me my own voice as a strong woman and and made that okay with me. I remember once on the schedule when everything was kind of shutting down and we were trying to get the movie finished, there’s a cemetery scene with Javier’s dad when he comes over to Robin. It was at the end of our day. I sent in my first AD, and I already knew the world was shutting down. He was like, “We’ll come back to this later.” I was like, “Oh no, we’re not. We’re going to shoot it right now. We’re going to get it done now.” This experience made me comfortable as a woman with my strength. I’m really hoping that it leads to me doing more of this. I love it. It made me happy. I enjoyed it very much