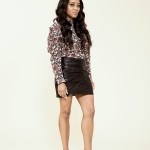 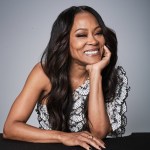 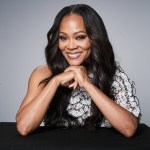 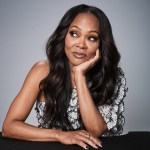 Robin Givens is having the time of her life playing a TV vixen on OWN’s latest drama, but the actress says the conniving diva is about to learn some hard lessons.

Stephanie Lancaster is about to learn that you can’t always get what you want. That’s what Robin Givens, the actress who plays the scheming lawyer in the OWN drama, Ambitions, says. The 54-year-old tells HollywoodLife EXCLUSIVELY that – although Stephanie may think she has everything in control – she’s actually on the verge of unraveling, right before the audience’s eyes.

Over the past few months viewers have watched as the attorney has tried to break up her ex-boyfriend Titus Hughes (played by Kendrick Cross) and his wife (her former BFF) Amara (Essence Atkins). But, while she’s obsessing over that, she’s been oblivious to the fact that her husband Mayor Evan Lancaster (Brian White) is cheating on her with designer Bella Tru (Erica Page), the mother of his secret lovechild.

“With Evan, she addresses it early on,” Robin says, acknowledging that Stephanie suspects that her husband is being unfaithful (without knowing who his mistress is). “She says, ‘You’ve been spending long nights. Everybody’s noticing.’ But I think making the connection… Really, I think she thinks [she and Bella are] sort of friends and I don’t think that Stephanie has a lot of them. She genuinely thought Bella was a friend and that friends wouldn’t do that. Now, if you think about it, she’s already had a friend take a man from her. So Bella must be crazy.”

But, in the Nov. 19 episode, there’s a hint that the mayor’s wife won’t remain clueless forever. “Keep in mind that the audience is ahead of Stephanie,” Robin says when asked if she can give fans a sneak peek of what’s to come. “So everyone is wondering how she’s going to react [when she finds out]. We definitely get to see finally how she reacts. And we get to see things kind of unravel a little bit for Stephanie because we’ve watched her set up everything, bringing Amara’s ex in, and then she loses control.”

In this case losing control is a good thing. “As an actress it was nice to have her in control and now lose control and manage to scramble to put the pieces back together,” Robin says. Her character definitely has been busy and that includes trying to manipulate her sister-in-law Rondell Lancaster (Brely Evans) into selling the family restaurant Thelma’s Place to secure a lucrative real estate deal that she’s been working on. For Robin – who relishes playing Stephanie – she thinks the glam attorney who works in her dad’s law firm isn’t a villain. She’s just misunderstood. “There’s this genuine sense of I’m as good as the guys, dammit. But I do think she has a heart.” Ambitions airs on OWN on Tuesdays at 10pm.