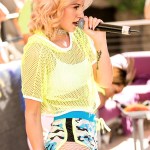 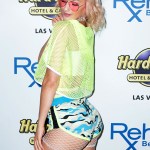 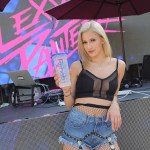 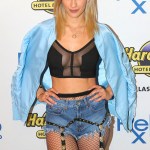 Singer Lexy Panterra is opening up EXCLUSIVELY about newly-engaged old flame Brooklyn Beckham — and if he should be worried as she releases new music!

Singer Lexy Panterra, 31, is known for her YouTube videos and twerk-outs, but there’s way more to her than that! Her latest project is all about music as she launches her long-awaited debut album Baddie Vibes, which drops Aug. 28. The debut single “Patron” is racking up the streams after her virtual launch party on July 24, and we can’t wait to see what else she has in store! We caught up with Lexy about her ex-fling Brooklyn Beckham, 21 — and if the newly-engaged model is subject of any of her new tunes — her latest flame and more in this EXCLUSIVE new interview with HollywoodLife.

Should any of your exes be scared for the new music you’re going to drop? “I mean, I’m not going to lie and say the exes or whoever I’m dating now hasn’t inspired me because I’m majorly still inspired by men, so this album is coming for some people. I’m not going to sit out here and point fingers, like, ‘But this line is for you!’ Honestly, I think they’ll know. I’m excited for them to hear it. Cheers to the exes and cheers to the baddy version of me and moving along!”

Will we maybe sense a little dig at Brooklyn in the album? Should he be worried for your new music? “I don’t think anyone should be worried. Listen, let him live his life. I’m living mine. The new guy should be worried! Not worried — the new guy has inspired me a lot, a lot to write this. I’m not going to share who it is, but it’s bringing out the best version of me, I think.”

Other than your exes, what inspired this album and did you write? “I did most of the writing on this album. I had maybe a couple of songs and bring in a couple of friends who are really good at writing. My homie who I’ve been friends with since I was 19, Premo Stallone, he executive produced the whole thing, so he pushed me to really hone in on the rapping side and he was like, ‘You’ve got this. You can do this.’ He and I went to Petaluma and we went into a trailer and we got it in in 7 days. We recorded 8 records and then came back and finished the other 2 or 3. It was so fluid and natural. It was so fun. And what inspired me is just the men, like I said, and me really wanting to tell a story and talk shit for the first time in my career because I can’t do that in pop music so it’s just another side of me that no one’s ever seen before.”

Are you seeing somebody? “I’m dating, but I honestly have very little free time. Work is very — I’m married to it, because every 24 seconds of my day sometimes, so when I can, I can. The person that I have around has been in my life for awhile so there’s kind of that. It’s a wonderful entanglement!”