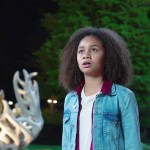 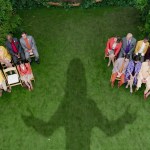 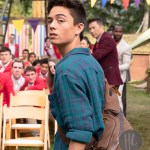 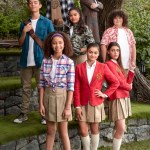 The premiere of the latest DCOM ‘Upside-Down Magic’ is just a few weeks away, and HollywoodLife has an all-new EXCLUSIVE trailer for you to enjoy as you await the arrival of the Disney Channel Original Movie!

Upside-Down Magic will premiere July 31 on Disney Channel. HollywoodLife is EXCLUSIVELY premiering a brand-new trailer of the new Disney Channel Original Movie that features Nory and her UDM classmates teaming up to save the day. In the beginning, Nory and a few other kids are placed in a class for those with upside-down magic.

Nory and her UDM classmates are told they can’t practice magic because they’re the “perfect host” for shadow magic. Their teacher, Skriff, tells them that he and Headmaster Knightslinger are trying to protect them. When Nory and her friends ask about shadow magic, Skriff says that it’s “waiting for when it can do the most damage.”

When Sage Academy for Magical Studies is on the line, Nory and her friends don’t hesitate to help. However, they have their work cut out for them. There’s a shadowy figure, which keeps getting larger and larger in the trailer, looming over everyone. The UDMs unite and use their powers to help Sage Academy. The tagline for the movie reads, “Practicing in the shadows brings darkness into the light.”

Here’s the official synopsis for the summer flick: “In this Disney Channel Original Movie, 13-year-old Nory Boxwood Horace discovers she can flux into animals, and her best friend Reina Carvajal can manipulate flames. Together, they enter the Sage Academy for Magical Studies. Reina’s expert ability to harness the power of fire lands her at the top of her class of ‘Flares’ but Nory’s wonky magic and proclivity for turning into a ‘Dritten’ —a half-kitten, half-dragon—lands her in a class for those with upside-down magic, otherwise known as UDM. While Headmaster Knightslinger believes the UDMs’ unconventional powers leave them vulnerable to dangerous and evil ‘shadow magic,’ Nory and her fellow UDM classmates set out to prove that upside-down magic beats right-side up.”