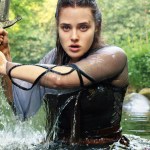 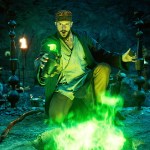 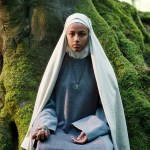 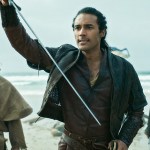 The Weeping Monk is definitely the most mysterious character of Netflix’s ‘Cursed.’ HL spoke with Daniel Sharman, who revealed there’s a lot more than meets the eye with this ‘ruthless’ character.

Netflix’s newest series Cursed is putting a new spin on the Arthurian legend. One of the new characters in the mix is The Weeping Monk, played by Daniel Sharman. Throughout the season, he’s one to keep your eye on. HollywoodLife spoke EXCLUSIVELY with Daniel about what to expect from his character.

“He’s largely shrouded in mystery,” Daniel told HollywoodLife during Cursed’s virtual junket. “He begins this journey as the right-hand man of Father Cardin. He’s an assassin and a pretty ruthless, cold-blooded killer working under the guidance of Father Cardin, the leader of the Red Paladins who are sweeping the kingdom of Fey villages. He’s kind of Father Cardin’s sword. He can be sent out to do his work, so he’s shrouded in a lot of mystery. You can’t really see him very much. He’s a hooded figure who kind of does damage and then leaves. There’s not much known about him.”

Even though it appears that The Weeping Monk is just an assassin doing Father Cardin’s bidding, there’s a lot more behind those crying eyes. Once we learn The Weeping Monk’s backstory, there may be some redeemable qualities. “I think there’s something going on. There’s a conflict going on within him that, by the end, you get to see where that’s come from. But I think in the initial stages, you’re just seeing him by reputation if you know what I mean. You’re seeing him through the eyes of other people. So there’s a sense of his reputation going before him. The redeemable quality always is how does someone get to be the way they are? There are various reasons for how he gets there, so that’s always the redeemable aspect of any human being. There’s always a reason why they act the way they do.”

The Red Paladins come after Nimue and the rest of the Fey people. They’re not afraid of bloodshed, and neither is The Weeping Monk. While The Weeping Monk is loyal to Father Cardin, it may not be completely of his own choosing. “I don’t think he knows anything different,” Daniel continued. “He’s been brought up by Father Cardin, so he’s largely been indoctrinated since he was probably 5 or 6. It’s all he knows. He links this way of life with survival, so there’s a sense that there isn’t any other way to be. He’s merely surviving in this world by him being told what to do. His life is hugely about his own survival and sense of self.”

As for details about The Weeping Monk’s tears, Daniel promised that fans will learn the story behind them. “The last few episodes, you find out who he is, what his story is, why his birthmarks are like that, and why they exist like that,” Daniel revealed. “So it’s something you have to hang on until the end, but it’s worth it. It’s quite a nice reveal.” Cursed season 1 will begin streaming on Netflix on July 17.