Naya Rivera’s Glee love interest, Heather Morris, took to Instagram during the early hours of July 9 to pray for the safe return of her friend. Heather’s message came after it was confirmed by the Ventura County Sheriff that Naya went missing at Lake Piru in California. “We need all the prayers we can get to bring our Naya back home to us,” Heather wrote. “We need your love and light.” 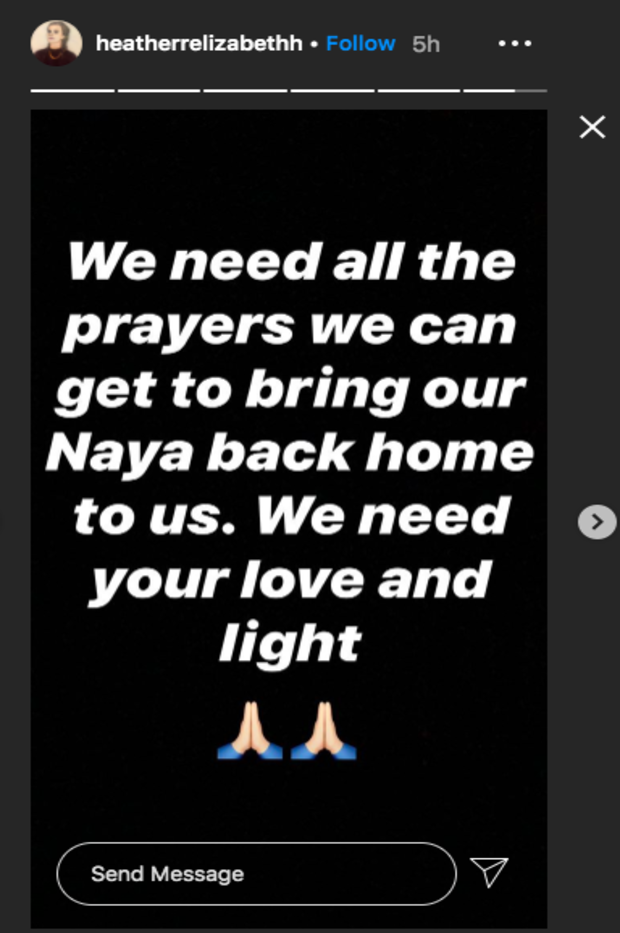 Officials confirmed that Naya and her four-year-old son, Josey Dorsey, had rented a boat on the Southern California lake during the afternoon of July 8. Approximately three hours later, a fellow boater saw Naya’s boat drifting in the water, with the child asleep onboard. The toddler confirmed that his mother did not get back on the boat after they went into the lake for a swim, Sheriff’s Captain Eric Buschow said during a news conference.

The child on the boat, who is presumed to be Josey, had a life vest on when officials found him. There was also an adult life vest on the boat. Officials began immediately looking for Naya with an air and dive team, but had to suspend the search at nightfall. Efforts are expect to resume “at first light.”

Naya is best known for playing Santana Lopez on Glee from 2009-2015. She and Heather were best friends on the show, who eventually became love interests. They tied the knot during the show’s sixth and final season. Since Glee, Naya has starred on Devious Maids and Step Up: High Water.

In real life, the actress was previously engaged to rapper Big Sean, but they split in 2014. She got back together with her ex, Ryan Dorsey, after the split, and the two wed in July 2014. Their son, Josey, was born in Sept. 2015. Naya initially filed for divorce in Nov. 2016, but called it off nearly one year later. Naya was arrested for domestic battery in Nov. 2017, and re-filed for divorce that December. Ryan eventually dropped the domestic violence charge, but the two finalized their divorce in June 2018. They agreed to share joint custody of their son.