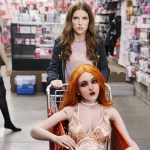 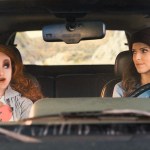 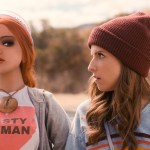 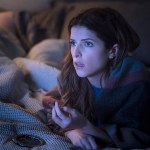 ‘Dummy’ creator Cody Heller spoke with HL about what led her to write ‘Dummy,’ her ‘instant’ connection with Anna Kendrick, a possible season 2, and more. HL also has an EXCLUSIVE never-before-seen trailer!

For Cody Heller, Dummy was the culmination of a “perfect storm.” The origins of Dummy, which is on Quibi now, started about 4 years ago when Cody stopped writing with her writing partner. “My whole career was just with a writing partner up until then,” the show’s creator told HollywoodLife EXCLUSIVELY. “At that point, I was turning 30. I was like, I think it’s time to go out on my own. I felt like I needed to tell more female-centric stories.”

Cody needed a new writing sample after breaking out on her own. However, she soon ran into a problem. “I hadn’t written anything on my own for so long,” Cody continued. “I had so much self-doubt and so much of this inner critic. It was so exciting and so scary to start writing something on my own, and then adding to that perfect storm is the fact that I just started dating Dan Harmon, who is now my fiance. He’s obviously way more successful and prolific than I am. It was kind of this perfect storm of all of these insecurities coming to the surface.”

Cody revealed that one of the things that happened “very early on” in her relationship with Dan was that they “wanted to be super honest with each other and tell each other all of our darkest, deepest secrets that we never told anyone and our kinks and fetishes. It’s unlike any other relationship I’ve ever had before. One of the things that came out this, and this was probably on our second date, was that he had a sex doll. In the moment, I took it in stride and was like, that’s cool. I’m a sexually evolved and liberated woman and it’s fine. I made up a nickname for it and joked about it like it was no big deal. He talked about it on his podcast. It wasn’t like this big secret.”

But Cody soon realized that she couldn’t get the sex doll off her mind. “It wasn’t until a few months later when we got more serious, and I was spending more time at his house that I found I couldn’t stop thinking about her,” she said. “At night, I’d be like, which closet is she in? I just thought about her all the time. All these things just happened at the same time when I was writing, and I had to write something. It became clear to me that I have to write about this intensely strange feeling of being jealous of an inanimate object, whereas a man I think can easily objectify an object.”

Cody wrote her story as a sample, and now it’s on Quibi. Anna Kendrick stars as Cody in the Quibi series. Anna and the real-life Cody went to dinner, and there was an “instant love connection” between them. “Not only did I know she was going to be perfect to play the part, but it was also more just us really connecting, talking about our insecurities, talking about what it is to be a woman,” she told HollywoodLife. “Just talking about all the themes that are in the show and realizing how aligned our sensibilities were in that initial meeting. I was very excited because not only was she going to play the role of Cody, she was also going to be an executive producer on the project. She wound up being such an ideal partner in this project. It’s a dream come true to find someone who you just who brings out the best in you and who you bring out the best in them, and you’re constantly thinking the same thing.”

What about Dan? His sex doll played a big role in Dummy coming to life. Cody talked about Dan’s reaction and what that meant to her. “He watched the show and he loved it,” she said. “I think that was a big thing for me. It wasn’t really his problem. It was my problem. I idolized him and saw him as this genius who was going to help me be a better writer. But the truth is, no one can do that. You have to learn on your own. You can’t just take people’s notes and suddenly become a great writer. You have to do the work yourself. But overall, he’s been from day one super supportive, super amazing, and so proud of me. It’s the best possible reaction to me writing this very personal thing about us.”

The series premiered with Quibi’s launch in April 2020. The end of the season leaves it open for more Dummy in the future. Cody weighed in on the possibility. “I’ve definitely thought about it,” Cody said. “There hasn’t been a decision made yet, but I could definitely see these two going on more adventures together. Anna and Meredith [Hagner] were just so fabulous together that off the top of my head I could probably come up with 30 different episodes right now. We could just go on any adventure together, and it would be fun. Season 2 is definitely being talked about, and we’ll see what happens.”