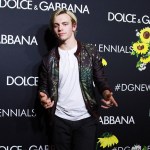 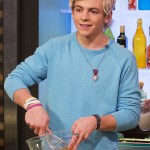 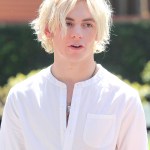 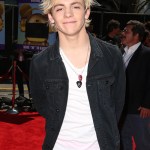 Ross Lynch rose to fame almost a decade ago on ‘Austin & Ally’ but the actor, who now stars in the ‘Sabrina’ reboot, is just as popular as ever. Take a look at his transformation over the years.

Whether you watched Austin & Ally on the Disney Channel back in the day, or you’re a fan of the Sabrina the Teenage Witch reboot — there’s a good chance Ross Lynch is a familiar face! The 24-year-old heartthrob’s name was trending on Twitter on July 1, amid a slew of tweets that discussed his talent as a multi-hyphenate performer. Many declared that people “had been sleeping” on Ross, who has been a staple in Hollywood for almost a decade! “y’all have been sleeping on ross lynch for years,” one user wrote, while another tweeted, “finally ross lynch is getting the attention that he deserves I’m so happy y’all.”

Longtime fans have always known the power of Ross, and when Ross started trending, they made sure to remind everyone of that. “Anyways ross lynch has been IT since austin & ally let’s not act surprised,” a fan tweeted. Ross rose to fame playing Austin Moon on the Disney hit Austin & Ally. He went on to star as Brady in the Teen Beach Movie series alongside Maia Mitchell and quickly become one of the network’s most popular, and recognizable stars thanks to his platinum blonde hair!

After branching out from his roles on teen shows and movies, Ross starred as the young version of serial killer Jeffrey Dahmer. The film, My Friend Dahmer, focused on the murderer’s life when he was in high school, and premiered at the Tribeca Film Festival in April 2017. Ross told HollywoodLife EXCLUSIVELY that his “whole world was consumed by Dahmer” while filming the drama. “I’m not a method actor, but there were certain things we’d do on set like we wouldn’t talk sometimes to create that tension,” he told HL. “It wasn’t ever like me showing up on set trying to be Dahmer all day, but being a younger actor it sort of takes over a little bit. More experienced actors tell me, ‘You’ll learn not to take your work home with you.’ But it was tough.”

Nowadays, the blondie-turned-brunette has totally changed up his look, and stars as Sabrina Spellman’s love interest in The Sabrina the Teenage Witch reboot on Netflix. The buzzy show is also a Riverdale companion series and is based on the Chilling Adventures of Sabrina comics. Scroll through the gallery above to see more pics of Ross over the years!