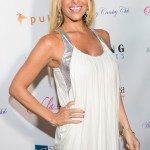 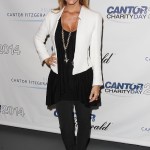 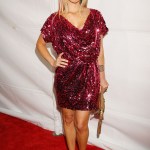 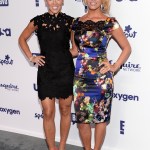 Dina Manzo and David Cantin were celebrating three years of married bliss, only to find out later that her ex was charged with allegedly trying to attack him.

Just two days before her ex-husband was charged with allegedly planning an attack on him, Dina Manzo was happily celebrating her three-year wedding anniversary with David Cantin. Dina shared the joyous news to Instagram on June 29, posting an adorable photo (see it HERE) of a grinning David, 40, wrapping his arms around her. The Real Housewives of New Jersey alum, 48, is showing off her giant diamond ring in the photo.

She captioned the post, “He puts his arms around me and I am home… 6•28 Happy Anniversary my love, forever is a looong time but I look forward to every minute of it with you.” Two days later, on June 30, they revisited another event from their past — albeit, not a happy one. Dina’s ex-husband, Tom Manzo, was charged by federal prosecutors on June 30 with conspiring to assault David Cantin — then Dina’s boyfriend — in the spring of 2015, according to the US Attorney’s Office in New Jersey.

HollywoodLife spoke to Tom’s lawyer, Michael Critchley, who confirmed that his client is out on a $100,000 bail. “As they relate to Tom Manzo, the allegations in the indictment resemble a fictional plot of a reality TV show and at trial will be proven to be absolutely and totally baseless,” Critchley said.

Dina, one of the original Housewives on RHONJ, split from Tom in 2012. Their divorce was finalized nearly four years later. Dina began dating David in 2015, and they later married in a secret ceremony on June 28, 2017. They did not reveal that they had tied the knot until May 2019, though!