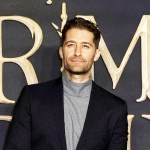 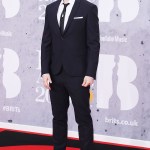 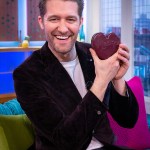 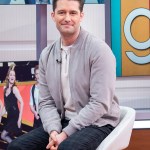 Lea Michele‘s world turned completely upside down at the beginning of this month when numerous accusations about her alleged bad behavior on the set of Glee came to light. Now Matthew Morrison, 41, who not only costarred with her on the Emmy-winning series but also dated her in real life, has issued his own words about the controversial actress. “I honestly think it’s a distraction of the bigger issues that are going on right now. It’s kind of like, ‘Ah,’” he said on FUBAR Radio’s Access All Areas on Wednesday, June 24. “You want to be a good, pleasant person to be around. That’s about all I’m going to say on that.”

Matthew’s words about Lea were tame compared to what others had to say about her. Samantha Marie Ware, who appeared for 11 episodes on the show’s 6th season, was the first to drop some major accusations against her after she wrote a tweet related to George Floyd‘s death. “Remember when you made my first television gig a living hell?!?! Cause I’ll never forget. I believe you told everyone that if you had the opportunity you would ‘s— in my wig!”, Samantha wrote in response.

Lea later issued a lengthy apology on her Instagram after the backlash but was once again slammed due to her saying she was being “perceived” as “insensitive or inappropriate at times” over her behavior.

Another Glee costar, Heather Morris, kind of came to Lea’s defense. “Was she unpleasant to work with? Very much so; for Lea to treat others with the disrespect that she did for as long as she did, I believe she SHOULD be called out,” Heather tweeted before bringing up implications that she’s racist. “Although I cannot comment on her beliefs, I think we’re assuming, and you know what happens when we all assume.”

The only cast member that has really come to Lea’s defense in all of this is her former onscreen boyfriend Dean Geyer. “Personally, my interactions with Lea [Michele] were really positive,” he told HollywoodLife exclusively. “She was awesome to be around and was openly friendly to everybody I witnessed.”

“I am not negating or questioning the validity of the experiences people have had and spoken out about,” he also explained. “I can only share my opinions from my personal time on set with pure transparency. I am truly saddened to hear that there are people out there who were uncomfortable and negatively affected by the things they heard.”