The romance between Ashley Benson and G-Eazy is heating up! The duo have been getting closer since the Pretty Little Liars star split from her longtime partner Cara Delevingne, and she even brought him as her date to her sister Shaylene‘s wedding on Thursday. The actress, 30, and her rapper beau, 31, were seen on her sister’s Instagram Story, documenting her big day. You can see the snaps here.

G-Eazy, born Gerald Gillum, was seen sitting next to his new flame at the dinner table. Due to the COVID-19 pandemic, the number of guests in attendance at the reception was limited. He looked dapper in a black suit with a matching black tee, which he rocked sans tie. Ashley looked stunning in a sheer black dress covered in white polka dots, which she paired with black boots. 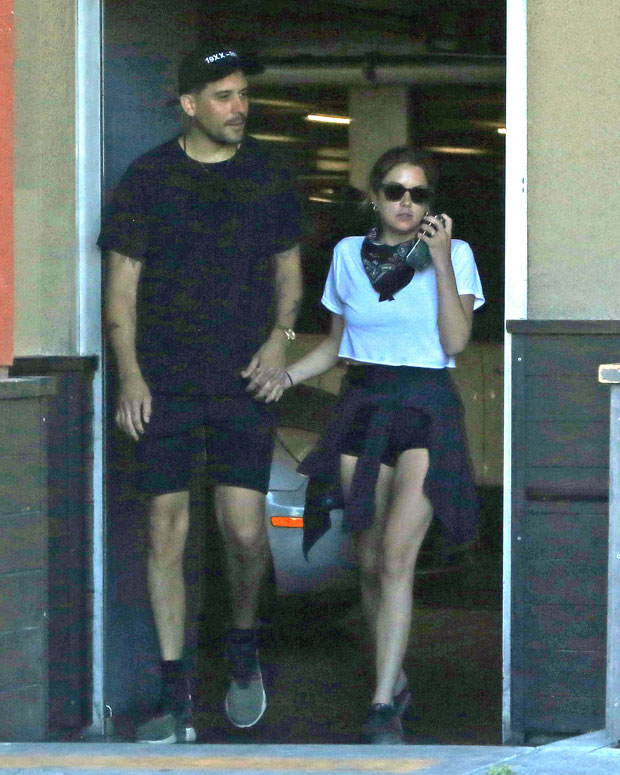 She showed off her toned legs in a video seen on her sister’s Instagram Story, and she wore her long, blonde locks in pretty waves. It comes a few days after the duo were spotted holding hands on a romantic hike in Los Angeles! The pair, who are rumored to be dating, stepped out on June 13 for a hike amid easing lockdown restrictions in California — and they were snapped holding hands.

Amid her recent hangouts with G-Eazy, her ex Cara recently took to her Instagram Story to defend Ashley, after she received hate for seemingly moving on with the rapper. “It’s more important now than ever to spread love, not hate,” Cara wrote on her Instagram Story, after a video surfaced of her ex kissing G-Eazy in a car. “To everyone hating on Ashley Benson, please stop. You don’t know the truth, only her and I do, and that’s exactly how it should be.” Ashley re-posted the message on her own story and added a red heart emoji to thank Cara for her support.

In May, a source told HollywoodLife exclusively that music is what brought the rumored couple together. ”G-Eazy and Ashley are having a good time. They like hanging out and like to do music together. It’s more that, than romance but that is also happening. It’s more than a friends with benefits thing, their main focus is music and their working relationship has led to more that they are trying to navigate through,” the source told us. “Chances of things getting super serious anytime soon probably won’t happen but they are on a good wavelength with each other right now. They like hanging out and letting it become what it becomes. No labels.”