Cardi B and Offset made Teyana Taylor‘s album listening party a family affair on Thursday night. The rappers showed up to the LA bash with their 1-year-old Kulture, whose outfit coordinated well with her parents’ yellow windbreaker threads. Cardi, 27, and Offset, 28, both wore identical hazmat suit-style ensembles, which were custom-made for Teyana’s party. Each suit appeared to have Teyana’s name, along with The Album (the title of her album) and other words printed in black on the material. It appears as though there was a yellow theme, as many party goers wore similar outfits of the same color, as seen in fan videos posted on social media. 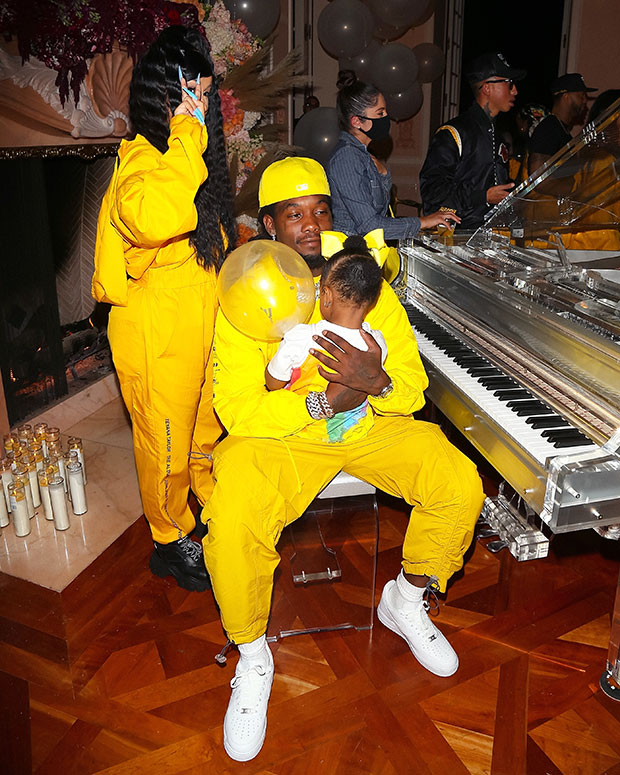 Cardi was pictured walking into the party while holding her daughter, who donned a big yellow bow in her hair. Kulture proved she’s already a little fashionista, dressed in a rainbow jumper and white sneakers. She accessorized with her clip-on binky.

The Grammy-winning rapper took to Instagram to share photos with her mini me ahead of their night out. She posted a series of photos that showed Kulture’s full look, which also included a custom fur jacket with “Bardi Gang” written on the back in pink. Kulture sported gold chains just like her dad.

“When I see you I know I did something right for a blessing like you,” Cardi captioned her post. In a separate post, Cardi shared a snap of her holding Kulture at home ahead of the party. The rapper stepped out just days after she documented her new piercings and tattoo on social media. 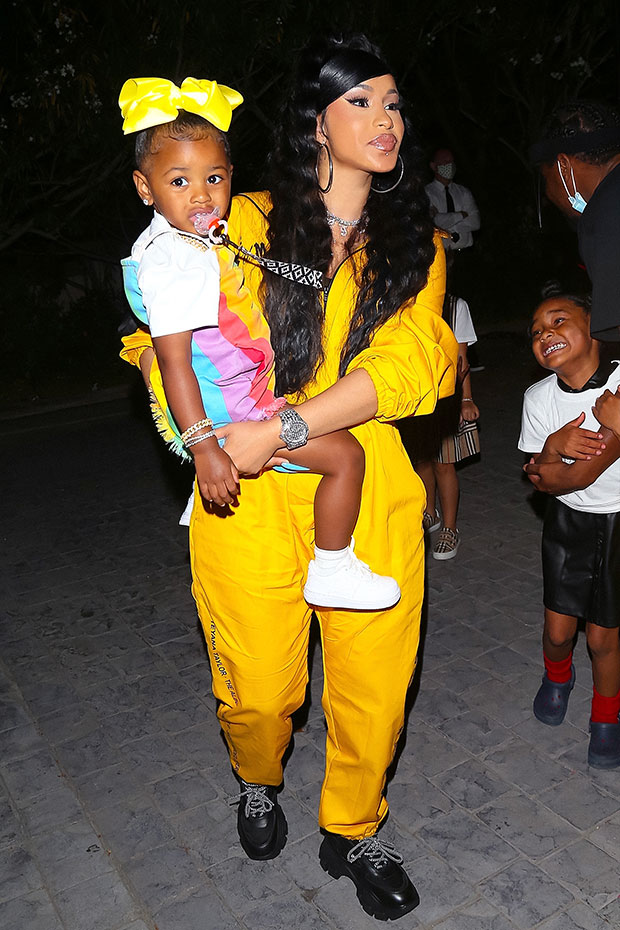 NFL star Odell Beckham, and Lakers’ player Kyle Kuzma and his model girlfriend, Winnie Harlow were also at Teyana’s listening party — among other big name celebs. As seen in fan-captured videos, not everyone wore protective masks amid the COVID-19 pandemic.