“My father has always supported me and encouraged me to be the best version of myself,” Baker Grace tells HollywoodLife EXCLUSIVELY. The 19-year-old musician has released “Pops” ahead of Father’s Day (June 21), and it’s both a heartwarming ode to Baker’s own Dad, and a celebration of that unique bond between fathers and daughters. “Pops” showcases Baker’s brand of honest lyricism, with her sincere verses soaring against an electro-pop beat. It’s clearly better than any card or gift certificate, especially considering the influence Baker’s Dad had on her music career.

“I grew up listening to him play guitar and write music, and it wasn’t long before I joined him,” she tells HollywoodLife. “I wrote ‘Pops’ because I am getting older and moving out on my own. I wanted to remind him of how much he will always mean to me.” As for the Best Father’s Day Gift she ever got her Dad – besides this song, naturally – Baker says, “I made my Dad a book with all of my favorite song lyrics he has ever written, and I think it made him cry a little!”

“Nobody understands me like my Dad does,” adds Baker in a statement accompanying the new track. “Our countless late-night conversations, car rides listening to music, and days spent singing while he plays the guitar have heavily shaped who I have become. I wrote ‘Pops’ to show him how much he truly means to me. I hope anyone who loves or connects with their father or any role model in their life can relate and use this song to express their appreciation. We can’t ever forget the people who believed in us from the beginning.”

It’s safe to say that Baker’s father has been beaming with pride since she emerged in 2019 as a new exciting voice on the pop landscape. With her debut EP Girl, Baker established herself as a deeply introspective pop star, one who was unafraid to put her personal philosophies and intimate truths in her art. She recently announced her follow-up EP, Yourz Truly, and released “Bottle Of Wine.” The reggae-influenced track was all about the dangers of ego. 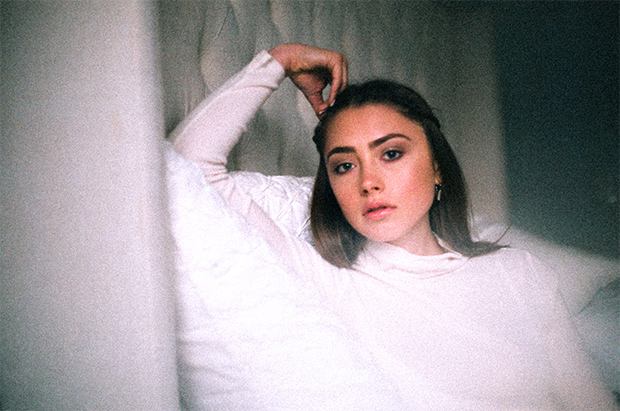 “It’s about how quickly our thoughts can turn negative to see the worst in ourselves and others when we experience an absence of comfort and love,” she said about the song, proving that she’s a different flavor of pop star. One might even suggest that her father raised her right.

“Pops” is out now. Baker has also linked to the following Black Lives Matter resources for fans to check out.