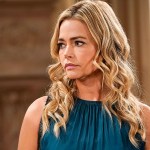 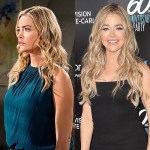 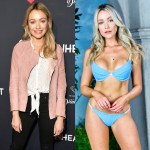 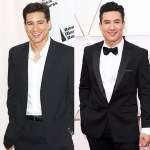 ‘The Bold & The Beautiful’ marks one of the first productions in the U.S. to resume filming amid the COVID-19 pandemic. Take a look back at the series’ hottest stars!

The Bold & The Beautiful is the first American series heading back to filming as the coronavirus pandemic continues. The daytime soap opera’s cast and crew will return to set on Wednesday, June 17, at Television City in Los Angeles, according to our sister publication Deadline. While a return date has yet to be set by production, the hope is that the series will be back on TV screens with new episode by mid-July. Until then, we’re taking a look back at the series’ hottest cast members over the years.

Fans of the dramatic series have come to love the show for its narrative twists and turns, and its new cast members, including Denise Richards. Although some would say that her time on The Real Housewives of Beverly Hills could rival any storyline on the soap opera, Denise has demonstrated her dramatic prowess by showing off her acting chops on the daytime drama. She even teased EXCLUSIVELY to HollywoodLife that it’s “just the beginning” for her character, Shauna Fulton, and Shauna’s love interest, Ridge Forrester (Thorsten Kaye).

“I think it’s just the beginning,” the actress shared with HL in April. “I think she really loves him, and I think that’s also why she left,” Denise said. “It was very hard for her to stay knowing how in love she is with him. He’s married and she doesn’t want to interfere with that either, so I think that’s why she left but deep down I think she’s obviously hoping there will be something there between the two of them.” As the show heads back to production, fans are hoping to see where Shauna and Ridge’s storylines go.

But while Denise is currently starring on the series, plenty of other famous faces have graced the small screen as a member of The Bold & The Beautiful cast before. Saved By The Bell alum Mario Lopez joined the show back in 1996, proving to audiences that he could totally flex his dramatic acting muscles. He starred as Dr. Christian Ramírez for roughly 46 episodes, leaving quite the impact on the daytime series.

Of course, there are so many more actors and actresses past and present who have become part of one of the hottest casts on daytime TV. To see more photos of the cast from The Bold & The Beautiful, check out the gallery above. And for fans of the series, stay tuned in with HollywoodLife for news on when the show will return.