Niall Horan kept fans guessing about whether or not he’s  dating English actress Jodie Comer while chatting with fans on Twitter, Tuesday afternoon. The former One Direction member replied to one fan in particular, who came to the conclusion that Niall, 26, is dating Jodie, 27, because of their similar rings. The fan shared screen-grabs from both Niall and Jodie’s Instagram Stories, in which they both were pictured wearing near identical rings.
“Confirmed! Niall Horan’s new girlfriend is Jodie Comer!” the fan wrote above the photos. “Confirmed??” Niall replied, adding four crying-laughing emojis. Another fan chimed in and claimed that Niall “doesn’t know” who Jodie is. — But, that’s not true.

“He does,” Niall corrected the fan. — That right there was enough to get fans riled up about a possible romance between the singer and the actress. Unfortunately, Niall didn’t engage any further. And, it’s unclear if they’re actually dating.

Remember the ring? Well, the fan who shared photos of the jewelry, zoomed in on the photo believed to be from Jodie’s Instagram account. And, the ring has a message engraved in it in cursive, which reads: “The important thing is not what they think of me, but what I think of them.” 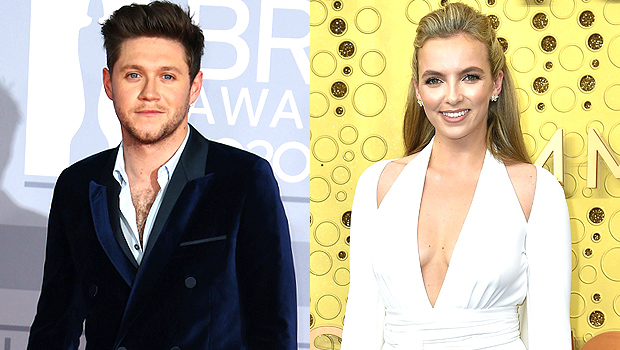 Niall and Jodie have not addressed the romance rumors, which seem to be just fan theories at the moment. The Irish singer was previously linked to Hailee Steinfeld. It’s unclear who the “Killing Eve” star has dated recently, as the actress is very private.

Meanwhile, Niall also tweeted on June 16 that he’s “ready” to collaborate musically with his former rumored flame, Selena Gomez. So, we’ll be looking forward to that!