Finally! Niall Horan is ready to make music with Selena Gomez. The good news came on June 16 when the former One Direction member was asked his thoughts about a collaboration with the “Boyfriend” singer during a Q&A on Twitter. “Niall, what do you think about with a collab with Selena Gomez? You both will smash it,” the fan tweeted, alongside a photo of the pair. Niall replied, “Ready when Sel is.”

Despite not being tagged in the fan tweet, Niall still noticed the (important) inquiry, which has since garnered over 4,000 likes. The fan also shared a throwback photo of Niall and Selena during a pre-quarantine group outing with friends in LA. 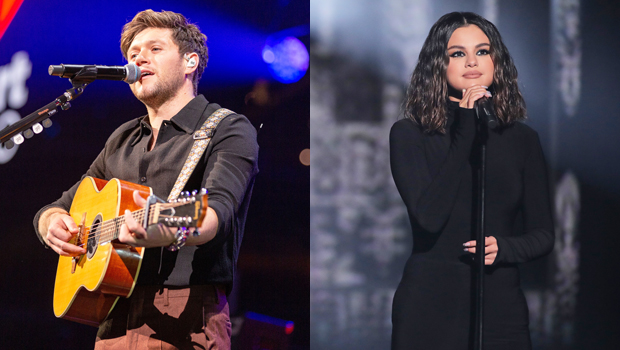 For years, fans have begged for a musical collaboration between the two. Not to mention, fans have made it no secret that they’d love a romance between Niall, 26, and Selena, 27.

Related: Selena Gomez & More Stars With Semicolon Tattoo, Plus Ideas For Your Own

Back in October, the pair sparked dating rumors when they were spotted grabbing dinner together with friends. Niall later confirmed that he was “very much single” during an appearance on Australia’s Hit 90.9’s Brekkie Crew podcast. “Do I have a girlfriend? I don’t, no” he said during the December 2019 episode, adding, “I’m very much single. Very much single.”

Niall went on to explain that the public often believes he’s dating his friends, due to the public interest in his love life. “It doesn’t make a difference if I am seeing someone, if they’re just a friend of mine, I’m going out with them in the media’s eyes,” he said. “So, it doesn’t make a difference whether I’m seeing them or not. Well, it’s just—that’s just the most annoying part, isn’t it really? You can’t even be friends with a female!”

The Irish singer also noted at the time, that his music took priority over dating. Meanwhile, Selena revealed last October that she was “super super single” at the time. She appears to still be single.

Niall and Selena were also subject to romance rumors in 2015 when they were spotted getting cozy at Jenna Dewan‘s 35th birthday party. As for a musical collaboration? — We’ll have to wait and see. And Sel, it seems to be up to you!