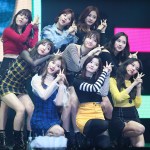 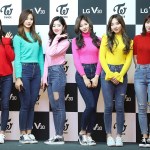 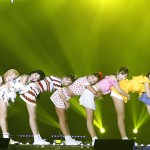 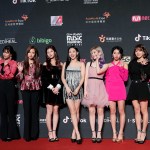 Are you ready for ‘more and more’ TWICE? The K-Pop group has just released their ninth ‘mini-album,’ and they tell us why this album shows a ‘completely new’ side of the band.

TWICE is so nice, you’ll have to listen to their new EP…well, twice. Actually, fans of the band – Jihyo, Nayeon, Jeongyeon, Momo, Sana, Mina, Dahyun, Chaeyoung, and Tzuyu – will be bumping the K-Pop superstar’s latest release all through the summer. The group released their long-awaited EP/mini-album MORE & MORE on June 1. With pre-sales for the album reportedly crossing the 500,000 mark, it’s safe to say that ONCE, the official name of the TWICE fandom, was eager for More & More. It turns out that the band was just as hyped to finally bless their followers with this new release.

“One in a Million, we are so excited to share this new music with you!” the group tells HollywoodLife. “After 9 long months since our last release, MORE & MORE is finally here, and we couldn’t be more thrilled for ONCE [the official name of the TWICE fandom] and the world to hear it.” TWICE also dished on the EP’s title track, telling HollywoodLife that, ” ‘MORE & MORE’ is a song that shows the emotion of loving someone hard and craving them, which is a completely new concept for us to write about. We hope you enjoy!”

Expect fans to enjoy MORE & MORE over the next few months, because the band says it’s the perfect soundtrack to the season. “I want to come back with a new summer song similar to ‘Dance The Night Away,'” Jeongyeon said in a Dec. 2019 interview with Buzzfeed. “I would love to write a song that’s exciting, bright, and has a fresh melody and lyrics.” CHaeyoung added, “I also want to write about summer like Jeongyeon said. ‘Dance The Night Away’ was an awesome song. I would also like to write a song about saying goodbye eventually — I think it would be very touching.”

The music world has been enjoying this group’s music since their exciting debut in 2015 with “Like Ooh-Ahh.” The following year, TWICE released their breakthrough single, CHEER UP,” which found its way to the top of multiple Korean pop charts, before winning “Song of the Year” at the Melon Music Awards and Mnet Asian Music Awards. Since their debut, TWICE’s star has taken off. They were included in Forbes Korea’s Power Celebrity issue (both in 2017 and 2019) and were featured in Billboard’s 2017 21 Under 21: Music’s Next Generation issue.

Before the release of MORE & MORE, TWICE released its YouTube Originals docu-series, TWICE: Seize the Light. The eight-episode series, premiering Apr. 29, showcased the band throughout their 2019 Twicelights world tour, which included the group’s first U.S. tour dates in Los Angeles, Chicago, and Newark. The series also included behind-the-scenes footage of the tour, exclusive one-on-one interviews with each of the band members, and an exploration as to how this group became one of the most successful acts in K-Pop. It’s the perfect companion to watch in between listens of this new EP, for those ONCE members who just want more and more TWICE.