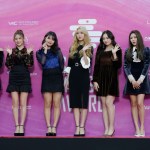 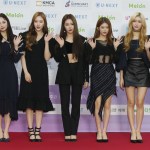 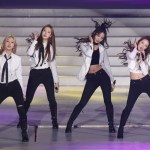 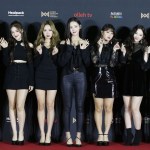 MLD Entertainment has confirmed that two of the singers of the girl group, MOMOLAND, Taeha and Yeonwoo, will be leaving the group as of Nov. 30 (local time).

MOMOLAND has lost two of its members, Taeha and Yeonwoo, as of Nov. 30 (local time). The announcement that the women will be leaving the K-Pop group came via a statement from their music agency, MLD Entertainment. “We would like to make a statement regarding our performers, MOMOLAND, who are recognized as a six-member team,” the message began. “Taeha and Yeonwoo, who have been with MOMOLAND as a part of the team, are about to make a new start by leaving the team. Both Taeha and Yeonwoo have thought deeply about their career path for a long time and upon having enough time for their thoughts, have had much conversation with the company.”

Yeonwoo has been with MOMOLAND since the group first debuted in Nov. 2016. However, she has decided to pursue a different career path that music at this point. “While Yeonwoo has had deep affection for her MOMOLAND activities, she has decided that continuing together with her actress activities would be too much strain for both her team and herself, [so she’s leaving] the team and concentrating on her career as our actress [under MLD Entertainment],” the statement explained.

Meanwhile, Taeha joined the group in April 2017, along with another member, Daisy. MLD confirmed that Taeha will be making a “new start at a new place,” and said that “the company will fully support and encourage her new start as much as possible.” Daisy is still going through a “mutual discussion” with MLD Entertainment, regarding her placement in the group. For now, the group is functioning with its six other members: Hyebin, Jane, Nayun, JooE, Ahin and Nancy.

Remember when Taeha literally counted if there is 9 people on the screen while doing vlive and they realized that one is missing?

Now, everytime we're gonna count them.. they will never be 9. Momoland will never be a 9-member group again and that hurts.pic.twitter.com/s9hHKLvc4i

“This decision was made after much conversation and discussion between the performers and the company, so we would like to request you to restrain from making unnecessary speculations and causing misunderstandings,” the MLD statement concluded. “We would like to ask for your warm encouragement and support for all the members who would go on with their new path from now on.”

After this shocking announcement was made, fans flooded Twitter with messages of support for Taeha and Yeonwoo, although they’re understandably upset by the news. “This is a very sad night for merries,” One person wrote. “This is painful af. But I still want to say thank you Yeonwoo and Taeha for the time that you spent with Momoland and merries. I know that this is not easy for you two, too.”