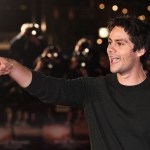 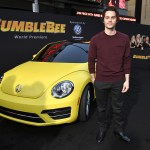 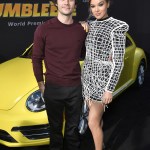 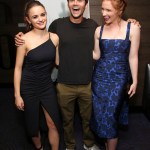 Dylan O’Brien and Sarah Ramos recreated an intense scene between Jesse Eisenberg and Andrew Garfield in ‘The Social Network’ and left our jaws on the floor because of how great it was.

The Social Network scene where Eduardo confronts Mark Zuckerberg and tells him to “lawyer up” is one of the best scenes in the entire 2010 film. Sarah Ramos and Dylan O’Brien decided to give us the best quarantine performances by recreating the iconic scene. Sarah plays both Mark and Sean Parker, who were played by Jesse Eisenberg and Justin Timberlake in the film. Dylan takes over for Andrew Garfield as Eduardo Saverin.

Sarah and Dylan bring their acting A-game in the scene. Seriously, the talent between these two? INSANE. Sarah has Jesse’s stone-cold performance down pat. Dylan sheds some tears as he gets caught up in the scene. He’s making Andrew Garfield proud! These are the performances we didn’t know we needed.

Can this be considered for Emmys, Oscars, Golden Globes? This is quarantine… nothing should be off the table. If for some reason there was a remake of The Social Network, these two should be at the top of the list.

Dylan retweeted Sarah’s video and wrote: “If you haven’t seen my friend @sarahramos’s instagram series it’s brilliant she’s amazing and she let me be in one… enjoy!” Sarah has started an amazing Instagram series where she recreates scenes from Riverdale, Showgirls, The Hills, Marriage Story, and more.

The scene from The Social Network where Eduardo tells Mark Zuckerberg he better lawyer up asshole starring me and @dylanobrien pic.twitter.com/XoPj9A7ahU