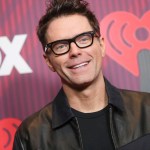 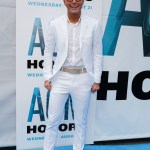 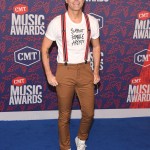 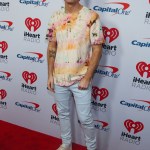 In the midst of the pandemic, Bobby Bones found a way to bring his fans some fun with a digital trivia game show! He spoke to HL about the new venture!

Bobby Bones found a way to make isolation a little less boring with his ‘Super Easy Trivia’ game show that he launched just a few weeks into quarantine. The award-winning radio show host has an array of guests on the digital show, some celebrity friends and others frontline workers and first responders. “We’re getting over a million views each episode, and it seems like everyone is really excited about it,” Bobby said in an EXCLUSIVE interview with HollywoodLife.com. At the time, he was working double (maybe triple) duty, also mentoring on American Idol. When asked which judge would excel in the super-easy trivia, Bobby had a few ideas!

“If you throw Ryan (Seacrest) in there, he would probably win. He’s really quick. But Luke (Bryan) would probably be the funniest,” he admitted. “But, maybe Lionel (Richie) would win? He’s got a little more knowledge than the rest of us, I think. He definitely has the brains!” Maybe Katy Perry just… isn’t great at trivia? With episodes airing on his IGTV, YouTube Channel and Facebook every Tuesday and Friday at 10:00am CT, Bobby hosts as contestants face off from their homes in multiple knock-out rounds of “easy” rapid-fire trivia with the final contestant earning a $100 prize.

So far, Bobby’s welcomed country artist Jon Pardi, Rascal Flatts’ Jay DeMarcus, Mercury Nashville Recording artist Travis Denning, sports talk show host Matt Jones, Jake Owen and Andy Roddick, and more. “I thought Andy Roddick would win, and he did not!” Bobby revealed. “You know it’s not just a general trivia, which is the fun thing about it. It’s super easy trivia and I think everybody gets a little uptight, whenever they’re supposed to get it right.

Be sure to tune in yourself on Bobby’s YouTube channel for previous episodes, and stay tuned for more!