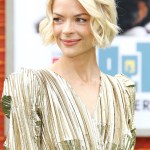 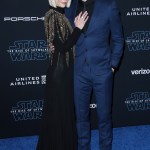 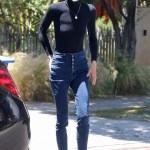 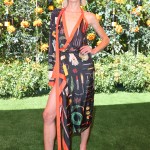 As Jaime King remains in LA after filing for divorce from Kyle Newman, he’s continuing to parent their two sons ‘solo’ in quarantine despite her restraining order request.

Director Kyle Newman is deeply disappointed by wife of 12 years Jaime King‘s decision to ask for a temporary restraining order against him when she filed for divorce on May 18. The now-estranged couple has been on opposite sides of the country for several months now. Kyle has been on the East Coast along with the former couple’s two sons 6-year-old James Knight and 4-year-old Leo, since before the coronavirus quarantine began. His rep tells us that Kyle is relieved that a judge has allowed the boys to remain with him.

“Kyle was deeply saddened by Jaime’s attempt to obtain court orders based solely on false claims without providing him any opportunity to respond. As a result, he was extremely pleased that the judge nevertheless permitted their children to remain in his care,” a spokesman for Kyle tells HollywoodLife.com.

“Kyle continues to solo parent, as he has done throughout this pandemic, he remains entirely focused on putting the children’s stability and welfare first. Kyle wants nothing but the best for his whole family and hopes that Jaime can find the peace and help she needs,” his rep continues.

Kyle has been sharing adoring pics with his sons via his Instagram account ever since March. They’ve celebrated his birthday, gone fishing in a river, picked up treats at a local Dairy Queen and lived life on a green farm far away from Los Angeles. On Apr. 5 he shared a photo of the two brothers with their arms around each other in a park. Kyle captioned it, “SUPER TEAM! The three of us have been in isolation together, far from home, for weeks now. We’ve gone on so many adventures and bonded like never before, but 2020 has challenged me on every level possible. Thanks to these two angels, I see the light on the other side. #hope #alwaystogether #superteam.” The last time Jaime appeared on his IG was on Feb. 26 in a family self-portrait with the boys taken in Canada.

Jaime’s request for a Temporary Restraining Order was granted by a Los Angeles judge on May 19, which will stay pending a hearing in June. She has also asked for full custody of James and Leo, with Kyle only receiving visitation rights in a separate filing. That request was denied pending a hearing.

Jaime was photographed out and about in Santa Monica, CA on May 19 for the first time since filing for divorce. She was not wearing her wedding band, as the former Hart of Dixie star has gone without it on several previous outings. Her slender frame was noticeable as she wore a tight black turtleneck and skinny jeans. We’ve reached out to Jaime’s rep for comment on what Kyle’s rep had to say on his behalf.