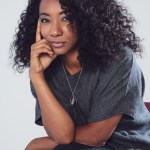 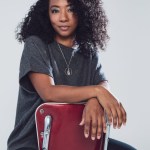 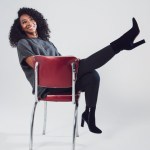 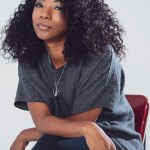 Episode 6 of ‘Defending Jacob’ featured a number of revelations, culminating in the Barbers heading to the murder trial. HL spoke with Betty Gabriel about Duffy’s feelings about the case and what’s ahead.

Defending Jacob is one of the best new drama series of 2020. Did Jacob Barber kill his classmate? That’s the big question. The AppleTV+ series released its sixth episode on May 15, which ended with the Barbers making their way to the murder trial. Everything has been leading up to this moment.

Detective Pam Duffy has been wrapped up in Ben Rifkin’s case alongside Andy Barber. Given the evidence and leads, does Duffy have a stance on whether or not Jacob is guilty? Betty Gabriel talked EXCLUSIVELY with HollywoodLife and weighed in on that. “I think there’s somewhat of a subjective nature to this case as far as she’s concerned,” Betty said. “But being the professional that she is, she is being as objective as possible and still looking through the evidence and following leads and doing what a good detective would do to solve the case as quickly as possible.”

While Duffy is looking at this case through a detective’s lens, there’s no denying she has some loyalty to Andy. “I definitely think she feels for him more,” Betty added. “They have worked together for many, many years now and there is also this sense of loyalty to him. That’s why she likely agrees to help him out. I do kind of feel like they really know each other that well, and they’re really starting to get to see each other as human beings and relating on that level.”

Ben Rifkin’s murder trial is sure to be a game-changing moment for the series. Betty couldn’t say much but did tease: “It gets pretty heated. I think you’re just left even more-so not knowing in this tug of war between whether or not he’s guilty. I think this is just going to follow that thread even further down a darker hole.”

Defending Jacob is based on the 2012 New York Times best-selling novel of the same name by William Landay. Betty admitted she was “pleasantly surprised” when she read the book. “In the book, Duffy was a 50-year-old white man and Mark [Bomback] and Morten [Tyldum] saw the vision to imagine that role differently. I was really stoked to learn that from the book. It’s really a slow burn and it takes its time.” New episodes of Defending Jacob, which also stars Chris Evans, Michelle Dockery, and Jaeden Martell, drop every Friday on Apple TV+.