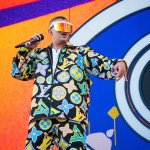 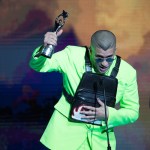 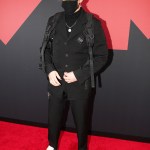 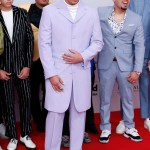 When he released his new song, Bad Bunny also dropped a major bombshell: he has a girlfriend! The ‘En Casita’ singer explained why, after years of dating Gabriela Berlingeri, he revealed their romance.

“Do people really think I’m spending quarantine alone?” Bad Bunny (born Benito Antonio Martínez Ocasio, 26) says in his Rolling Stone cover story. In the June 2020 feature, the singer reveals that he’s self-isolating in an AirB&B in his native Puerto Rico alongside Gabriela Berlingeri, his girlfriend of three years (and his partner on his new “twee trap” ballad, “En Casita.”) “No! I am with someone. She is very special in my life. This quarantine has made me understand that she is the best companion I could have.”

The release of “En Casita,” the lead single from his surprise album Las Que No Iban a Salir, brought their secret relationship to the spotlight. The couple has been dating since 2017, according to Rolling Stone, after Benito first saw Gabriela while “dining with his dad and brother at a restaurant in Puerto Rico.” As to why he decided to go public with the relationship after keeping it a secret? “I am happy with her,” he tells RS, crediting this happiness for his motivation. “[People] don’t know she has helped me a lot in emotional aspects when I needed it the most.”

She also has helped him in the creative aspects. In addition to taking the photos for the Rolling Stone feature (“It was a cute couple’s activity,” Bad Bunny tells the magazine), she has also helped him out in the studio. “Nobody knows this, but when I did [‘Te Gusté’], the song with [Jennifer Lopez],” he says, “Gabriela recorded references for J. Lo’s vocals.” So, “En Casita,” as RS puts it, “may not be the last time we’ll hear her voice.”

“En Casita” is a slightly-raunchy but completely heartfelt song about “wanting to visit a love but needing to stay in quarantine,” per Rolling Stone. The song, released on Apr. 4, was released on his SoundCloud (where he got his start) and included lyrics like, “Yo que te quería ver (Yo que te quería ver) / Pero no se va a poder (Pero no se va a poder; ¡no!) / Toca quedarme en casa, casa.” The song was included on the album he released less than a week later. Las Que No Iban a Salir (aka “The Ones That Were Not Coming Out”) was a collection of unreleased tracks that didn’t make his previous albums and included guest appearances from Don Omar, Yandel, and Nicky Jam. However, the most significant feature has to belong to the woman who captured his heart.