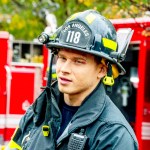 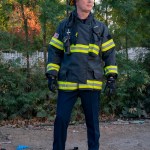 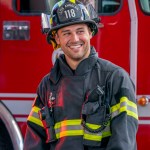 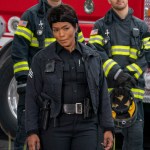 The April 20 episode of ‘9-1-1’ will be all about Eddie Diaz. HL spoke with Ryan Guzman about peeling back the layers on Eddie, his character’s past in Afghanistan, and more.

Eddie’s quest to rescue a boy from a well turns into a look back into his past. The title of the April 20 episode of 9-1-1 is “Eddie Begins,” and we’re finally getting the firefighter’s origin story. “We already know that Christopher is Eddie’s whole life. Now we’re kind of diving a little deeper into that,” Ryan Guzman told HollywoodLife EXCLUSIVELY. “Aside from that one factor, we actually get to shed light on the trauma that he’s been through and empathizing towards this character now and seeing why he’s so closed off in a lot of areas of his life and why he chooses to help others rather than allowing others to help him.”

For Eddie, he didn’t just fight one war. When he came home from serving in Afghanistan, he found himself in a whole new world. “When I started diving a little deeper into the trauma that Edie went through, I started to really understand that when he came home he fought a completely different war than he did in Afghanistan,” Ryan continued. “I think for me, it was easier to fight the physical war in Afghanistan rather than the emotional war that he fought when coming back home.”

Eddie has never been one to show his emotions other than when he’s with Christopher. He keeps his feelings locked away, especially around his co-workers. “A lot of guys that go to war aren’t prepared to handle those feelings because, as people serving in the military, you don’t really get the opportunity to dive into your feelings with that,” Ryan said. “You’re told to suppress them a lot of the time so you can do your job. You’ll be able to see why Eddie is so agitated in certain areas of his life or why he feels like he has to speak as quickly as he possibly can to get his words out before you know somebody else’s tells him what to do and how to do it.”

This origin story episode of Eddie also allowed Ryan the opportunity to bring his family into the 9-1-1 mix. “I got to actually get my cousin hired,” Ryan revealed. “He’s ex-military and he’s on his fifth or sixth tour. He’s only 25 years old. He ended up coming over to become a technical advisor and actually reorganizing a lot the Afghanistan stuff, so that was a cool aspect of bringing my family and getting hired on 9-1-1 of all things.” 9-1-1 season 3 airs Mondays at 8 p.m. on FOX.