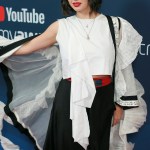 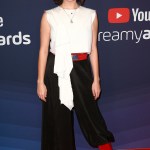 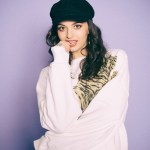 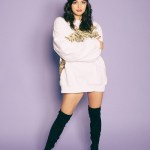 Rebecca Black opened up about her sexuality and fresh breakup in a new interview for the ‘Dating Straight’ podcast. The viral singer even delved into her dating history!

Rebecca Black, 22, is now comfortable with identifying as queer. The singer, most known for releasing the song “Friday” that went viral in 2011, opened up about her sexuality, labels and recent breakup on the April 3 episode of the Dating Straight podcast! Explaining her past reluctance to come out under a certain label, Rebecca explained, “I made a conscious decision to not, like, ‘come out.’ People started asking and I stopped not responding. I’m still in the process, it feels like.”

Although the “Sweetheart” singer is still exploring what labels to identify as, “queer” is one that she likes at the current moment. “Every day is different, it’s something that over the past few years I’ve obviously been having a lot of conversations with myself about. To me, the word ‘queer’ feels really nice,” Rebecca revealed. For Rebecca, this label fits her dating history: “I have dated a lot of different types of people, and I just don’t really know what the future holds. Some days, I feel a little more on the ‘gay’ side than others.” Queer is an adjective for people “whose sexual orientation is not exclusively heterosexual,” GLAAD media clarifies.

Rebecca’s revelation comes shortly after her recent split with a woman. “I was dating someone and I know they might watch this…but one of the reasons that we went through this breakup was because I was really needed alone time, not from them, but just in general,” she explained. “But I’m doing okay…every day really is different.”

made it to the backyard today, big moves. find the positives in the slow down where you can 🌿 sending my love.

Rebecca is now quarantining at home in Orange County, CA. She recently acknowledged the nine-year anniversary of “Friday” on Feb. 10, but didn’t reflect on the milestone with the usual celebratory message. Instead, the singer bravely opened up about battling “depression,” bullying, and rejection in the music industry in the years following the release of her viral YouTube video. “You are not defined by any one choice or thing. time heals and nothing is finite,” Rebecca wrote in a lengthy and inspirational message on Instagram. “It’s a process that’s never too late to begin. and so, here we go! this might be a weird thing to post but the honesty feels good if nothing else.”