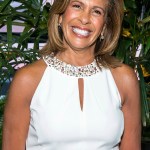 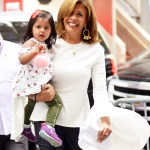 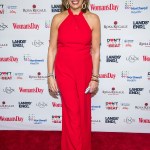 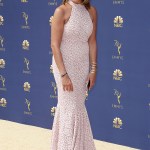 After interviewing Drew Brees about the raging coronavirus outbreak in New Orleans, Hoda Kotb got choked up, and had to fight back tears during the March 27 episode of the ‘Today’ Show.

The coronavirus outbreak in the United States is taking quite an emotional toll on Hoda Kotb. Hoda has been reporting on the deadly disease every morning on the Today Show, but an interview during the March 27 episode hit home for the 55-year-old. Hoda spoke with former New Orleans Saints quarter back, Drew Brees, about the $5 million donation he made to Louisiana as the spread of the virus worsens there. Of course, they did the interview over a video call, but that didn’t stop Hoda from feeling the emotion behind what was being discussed.

Hoda concluded the interview by telling Drew, “I think a lot of things are contagious, including generosity. So, our hope is, because you let us know that you made this big, generous donation, I think other people will look and say…I think maybe I can help out, too.” At that point, she had to pause to take a breath, and it quickly became clear that she was starting to cry. Hoda tried to fight back the tears, but she could not pull it together, and her co-host, Savannah Guthrie, had to step in.

“It’s a lot,” Savannah admitted. “I know where your heart is, my dear. I do.” Savannah then offered to continue reading the script so Hoda could compose herself, and Hoda gratefully urged her to do so. Hoda spent most of the 90s living in New Orleans, so she has a distinct tie to the city, which is why she got so choked up by what’s happening there. She previously worked as an anchor and reporter for the city’s CBS affiliate from 1992 until 1998.

We love you, Hoda. ❤️ pic.twitter.com/rocZr8J4EE

Hoda is continuing to host the Today Show from its office in New York City, while Savannah has been anchoring from home. Earlier this month, a staffer on the show’s third hour tested positive for coronavirus, and the staff has been extra cautious ever since. Still, it’s clear that the women still have each other’s backs, even when they’re not seated side-by-side!