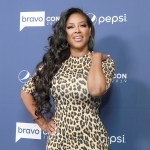 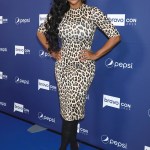 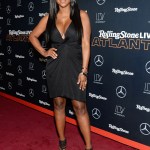 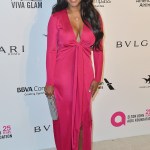 Ask and you shall receive! Kenya Moore treated fans to another throwback photo — a snap of her fake ID from when she was 15 — on March 26. Learn why Kenya’s ‘fake middle name’ was inspired by this Grammy winner!

Throwback Thursday to the time Kenya Moore had a fake ID at age 15! The Real Housewives of Atlanta star, 49, posted a snapshot of her phony license as a “#TBT” Instagram post on March 26. And, she revealed that her fake ID’s middle name was inspired by none other than, Solange Knowles.

“#TBT the time I got 1) a fake ID at 15, 2) I made up my middle name to the name I wanted to be born with and it’s nearly the same as #solange knowles 🤪🤣😂,” Kenya captioned her post. She described herself as a hashtag “whole mess back then.” The social security number and address on the fake ID, which were “made up” Kenya said, are blacked out in the photo “just in case it’s real to someone.”

The photo, believed to be a 15-year-old Kenya, shows the then teenager in a white top from the chest-up. She wore a pair of silver, dangling earrings and donned a pinkish-red lip. Kenya’s voluminous hair was in a dramatic side part, with a portion of her thick locks pulled back behind her.

#TBT the time I got 1) a fake ID at 15 2) I made up my middle name to the name I wanted to be born with and it’s nearly the same as #solange knowles 🤪🤣😂 #awholemess even back then (the address and ss are made up, I redacted just in case it’s real to someone)

(Photo credit: Kenya Moore/Instagram)
In the comments of her post, Kenya admitted to one fan that she “eventually” got a “whooping” as a result of getting a fake ID at age 15. In reply to a fan who said that Kenya’s 1-year-old daughter Brooklyn Daly, will eventually get a fake ID, Kenya quipped, “She won’ t be about to TRY it from boarding school [sic] hehehehe (joking).”
Kenya’s post came just about a week after she shared another throwback photo from her teens with her little brother. The Bravo star held her sibling as she posed in a purple long sleeve dress. Fans gushed over her full hair in the comments, and asked for Kenya to share more older photos. Clearly, she listened to her followers!