Born in India, raised in the UK, but with a universal sound that touches hearts everywhere, Shannon K is one of the fastest-rising stars in the music world. With her first release in 2020, Shannon flipped the script on her previous songwriting to deliver, “I Do.” The video – which has racked up more than 11 million views since its Mar. 6 release –  sees Shannon shine. Whether she’s swinging in a makeshift Garden of Eden, leading her squad to get into formation, or falling in (or out?) of love, there’s something about Shannon that captures the eye. The song also captures the ear, a thumping beat that allows her divine voice to deliver the lyrics about moving on.

“My last songs have all been about the bitter memories with an ex,” she tells HollywoodLife, “but this one is unique because it is a song about wanting the best for them.” Such songwriting proves why she has built such a loyal and impressive following in such a short time. Shannon K has released a series of buzzworthy tracks over the years, and including “A Long Time,” a track produced by Jason “Poo Bear” Boyd.

“I Do” promises to be the start of a banner year for Shannon. She gives HollywoodLife a preview of what to expect, how she’s taking self-isolation “seriously,” and which one of her songs she’d love to hear Billie Eilish and brother Finneas cover.

HollywoodLife: You’ve released your first single of the year (and the decade), “I Do.” What’s the inspiration behind the song?

Shannon K: My last songs have all been about the bitter memories with an ex, but this one is unique because it is a song about wanting the best for them and that you’re sorry for the way you treated that person. When you’re in a relationship, it’s never just one person’s fault when it ends. This song is a way of saying that I understand that now.

The video seems like a romantic daydream. Who came up with the idea? And how was it filming it?

I had an amazing female-oriented team, including my mom and the director, who came up with the idea of the music video. I think all our visions were brought to life in such a beautiful way. I had so much fun filming the video and loved that we were able to film it in India.

Though you have the vocal talents of a pop icon-in-the-making, you’ve said you enjoy exploring all genres, from soft rock to EDM. Is there an unusual genre that you’re a fan of – unusual in that it might pleasantly surprise fans to hear you do a Motown girl group bop or maybe a riot girl punk anthem?

I’m not sure if this is unusual, but I’m a fan of Psychedelic rock. I find peace in listening to Fleetwood Mac or Bowie. My favorite Psychedelic song would have to be “Hotel California.” It’s so peaceful. 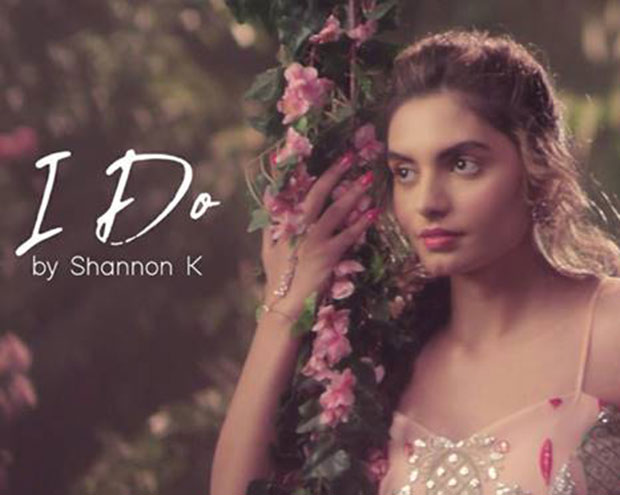 You’ve also cited biographies/autobiographies of your favorite artists as another source of inspiration. Do you have a favorite biography? What are you currently reading, if we may ask?

I can’t pick a favorite biography, but my favorite documentary is Lady Gaga’s Five Foot Two. It’s so powerful. This is going to sound silly, but I have never read the Harry Potter books before, and my sister, Annabel, finally decided to let me read them. I’m catching up on the books now since I loved the movies. I’d like to add that if there was ever a Tom Cruise autobiography, I’d love to read it. He’s such an inspiration and very humble despite being one of the biggest stars.

You were born in India, raised in England, and now reside in America, specifically Los Angeles. How have these locations influenced your music? And do you think you’ll live anywhere else?

Definitely. I would say that when I lived in London, I had a more mature sound. Now that I’m in the States, I sound more like myself. I like the young, newer sounding music that I’ve been making currently because that’s who I am. I’m not as indifferent to what I want anymore.

He’s always told me to keep my head up and keep going no matter what. He is so experienced since he’s been working all these years in the Bollywood industry. He has been successful. There’s nothing that I can tell him that he doesn’t know already. I did hit a high note in a song once, and he was surprised, so he asked me how I did it, and so I told him how. I think that’s the only time.

You write music with your sister, Annabel. Similarly, Billie Eilish writes with her brother, FINNEAS. If given a chance, would you have a sibling-song competition? Is there also a song of yours that you would love to see them cover (and vice-versa?)

Annabelle and I would love to do a collaboration with them! I love her song “everything I wanted,” and will probably do a cover of it at some point. I think it’d be interesting to see the two of them do their own version of “I Do.” It’s completely different from their whole vibe. That would be so cool.

You have a remarkably large and loyal fan base online. What is it about you that, you think, draws people to you online?

I love my fans so much, and I think that “Give Me Your Hand” paved the way for me to connect with people. It’s a song about anti-bullying and how people harm themselves because of it, so anyone who has been through that can hopefully relate. I’m all for supporting people through tough times.

I’m hoping to stay safe from the virus. Self-isolation is something that I’m taking seriously. I have three songs finished for the new Zee5 television show, Casino, and am excited for that release. I also have a new music video in the works for a song I’ve been working on for a while. I’m looking forward to having everyone hear it!