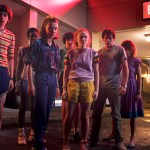 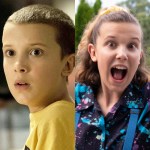 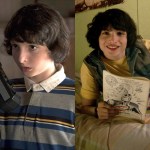 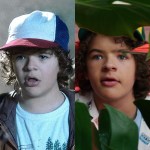 The ‘Stranger Things’ kids read each other’s minds and reflect on how fame has impacted them, in this new clip from their 80s-inspired ‘Carpool Karaoke’ episode.

Millie Bobby Brown proved she has real super powers when the cast of Stranger Things took The Late Late Show to the Upside Down. In a new clip from their episode of Apple TV’s Carpool Karaoke: The Series, posted March 20, Millie is joined by her co-stars Finn Wolfhard, Noah Schnapp, Caleb McLaughlin, Gaten Matarazzo, and Sadie Sink. The gang, who are close pals both on and off set, put their friendship to the test with “mind reading helmets”, much like the one that Millie’s character Eleven wore during her time in the lab throughout season one. “I brought these mind reading helmets,” Sadie told her co-stars, showing off the spooky looking wired headgear. First up were Millie and Caleb, who were tasked with shouting random words until they eventually landed on the same word — hence reading each other’s minds. “Grass,” Millie said as Caleb yelled, “Water.” Gaten and Finn also gave it a shot. “BBQ,” Gaten said, while Finn shouted, “Ball.” Nevertheless, Millie and Caleb gave it a second shot and the group were amazed when they both said, “Pigs.” Her. Powers. Are. Real.

It wouldn’t be an episode of carpool karaoke without music — and this crew sung along to some classics! Since Stranger Things is set in the 80s, the gang belted out Stevie Nicks‘ “Edge of Seventeen” before throwing it back to the 70s with Elton John‘s “Tiny Dancer”, which featured prominently in the turn-of-the-century flick Almost Famous. The group then switched it up, fast-forwarding to the 90s as they sang along to The Notorious B.I.G.‘s “Big Poppa.” They may be young, but they sure know their music history!

The clip also showed Gaten opening up on how fame has changed their lives. “I feel like because the show’s gotten so big, it’s kind of hard to do normal kid stuff,” Gaten said. His comment prompted the group to try their hand at a “normal” activity: finding a summer job. Caleb, who was driving the car, then pulled over as the Hawkins gang tried their hand at some classic summer tasks (the episode was filmed in the summer of 2019). First, Millie attempted to mow a lawn, then Caleb tried trimming hedges, while Noah totally failed at using a leaf blower.

We can’t believe how much these guys have grown up over the course of the past three seasons. Some of the kids were as young as 9 and 10 years old when they first auditioned for the Duffer Brothers, the masterminds behind Netflix’s biggest franchise — now, Caleb is driving a car! The Stranger Things cast’s episode of Carpool Karaoke: The Series is available to stream for free on the Apple TV app.