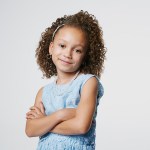 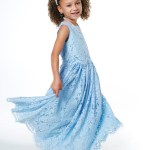 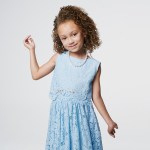 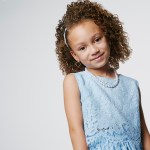 The ‘mixed-ish’ star revealed that off-camera she’s just like any other kid who loves playdates and making friends. Her pals just happen to be household names.

Mixed-ish star Mykal-Michelle Harris, 8, has revealed that she’s friends with some of Hollywood’s youngest celebs. The child actress told HollywoodLife during an EXCLUSIVE interview that she has become buddies with Kim Kardashian’s 6-year-old daughter North West and Mariah Carey’s twins, Moroccan and Monroe, 8. And, like most kids in the U.S. the little ones love going on playdates and texting each other.

Mykal-Michelle – who plays Santamonica in ABC’s hit sitcom – revealed the seamless and sweet ways that she became BFFs with North, Monroe and Moroccan. She met Kim’s oldest daughter at a fashion show for L.O.L. Surprise, the brand of dolls that she’s a spokesperson for. “I was getting into my outfit, then I saw her in front of the changing room,” Mykal-Michelle said about the chance meeting. “I was like, ‘OMG. Hi, I’m Mykal-Michelle.’ She was like, ‘I’m North West and I really love your work.’ I was like, ‘OMG, thank you.’ So I gave her a hug and that’s how we became friends.”

The childlike, simple way that Mykal-Michelle became friends with Moroccan and Monroe Cannon was equally sweet. The three 8-year-olds met behind-the-scenes at Universal Studios late last year when Mariah Carey filmed the new video for her hit holiday song, “All I Want For Christmas Is You.” The twins and Mykal-Michelle bonded over a mutual love of a video game that she was playing. A playdate in Vegas followed, “because Miss Mariah had a concert there.” But the twins and the mixed-ish star use text messages and FaceTime to keep in touch. “They are super amazing,” Mykal-Michelle gushed about the duo that she calls by their nicknames “Roc and Roe.” “We have a text thread. We FaceTime each other all the time.” She added, “We’re like the average kid. We call each other. We play video games. We text each other.” Before the coronavirus outbreak and the CDC’s recommendations to social distance, the friends also went to “the mall” and “the park” together. “It’s super fun because they’re like my besties,” the actress said.

If Mykal-Michelle is relatively chill about hanging out with her little friends – like millions of other people around the world – she’s a fan girl when it comes to their mom, Mariah Carey. “It was really amazing,” she said, when asked what it was like filming the new version of the “All I Want For Christmas Is You” music video with the legendary pop star. “I had a scene with her and we were talking. In the middle of the conversation when she was talking, I was like, ‘I’m meeting Miss Mariah Carey right now,’ [in my head]. I was screaming inside for just one second. It was amazing.” Mykal-Michelle Harris appears in mixed-ish, which airs on ABC on Tuesday nights at 9pm.