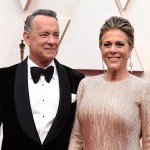 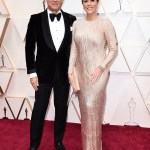 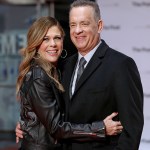 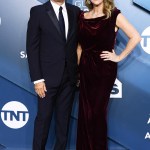 Tim Allen has spoken out after news broke that his ‘Toy Story’ co-star Tom Hanks, and his wife Rita Wilson, had contracted coronavirus.

One of the most beloved figures in Hollywood, Tom Hanks, 63, has contracted the coronavirus — and his old pal Tim Allen threw his support behind the former Toy Story star. Tim took to Twitter on March 11 to send love to Tom, and his wife, actress Rita Wilson, 63, who are both under quarantine in Australia. “Woody, I should have made you two wear my space suits! You and Rita rest and get well,” he wrote, referring to the pair’s Toy Story characters ‘Woody’ and ‘Buzz Lightyear’. He then added “I told Tom and Rita that Buzz offered a couple of spacesuits if they need them. Seriously rest up and get well!”

Tom broke the news in an Instagram post on March 11, which showed a photo of a trashcan covered in a Biohazard trash liner containing a latex glove. “Hello, folks. Rita and I are down here in Australia. We felt a bit tired, like we had colds, and some body aches. Rita had some chills that came and went. Slight fevers too. To play things right, as is needed in the world right now, we were tested for the Coronavirus, and were found to be positive,” Tom revealed to his stunned followers.

What does this unsettling news mean for the married couple? Answering that question, Tom continued, “Well, now. What to do next? The Medical Officials have protocols that must be followed. We Hanks’ will be tested, observed, and isolated for as long as public health and safety requires. Not much more to it than a one-day-at-a-time approach, no?” In his signature charming style, Tom ended the message on a cheerful note: “We’ll keep the world posted and updated. Take care of yourselves! Hanx!”

Woody,
I should have made you two wear my space suits! You and Rita rest and get well! pic.twitter.com/5mZUsh60SN

Tom and Rita contracted the virus in Australia, where Tom was doing pre-production for the Elvis Presley biopic that’s being directed by Baz Luhrmann, our sister website Deadline reported. Austin Butler, Vanessa Hudgen’s ex-boyfriend, will be playing Elvis alongside Tom in the 2021 film — there has been no word on his well-being at the moment. HollywoodLife has reached out to Austin’s rep for comment.