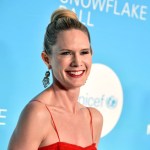 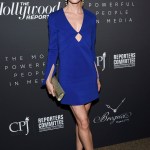 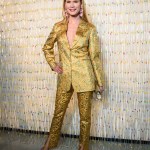 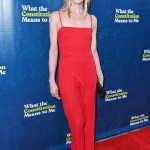 Stephanie March says her new comedy is a tongue in cheek look at our social media addiction and the online stars who are desperate for clicks.

Ask Stephanie March, 45, what she thinks of social media – whether it’s an invaluable tool or a necessary evil – and the actress is very clear. It’s “both.” That’s what the former Law & Order: SVU star says as she promotes her new film, The Social Ones, which is a satirical look at our obsession with Instagram, Twitter, YouTube et al. “The pressure to maintain a certain kind of image on social media is pretty significant,” she tells HollywoodLife EXCLUSIVELY. “And I certainly am aware of that, as a medium, for social media to promote this movie.”

That doesn’t mean that tweeting and posting on Instagram doesn’t make her feel a little uneasy. Stephanie admits that online self-promotion makes her “a bit uncomfortable, really uncomfortable.” “On the other hand, it’s such a great platform to have to share the work that I’m proud of. And I like sharing my vacation photos and catching up with people that way. So, it’s a delicate balance.”

It’s ironic that Stephanie – who plays a therapist in The Social Ones, which shines a light on YouTubers and influencers obsessed with clicks – hasn’t fully made peace with social media. “As my mom would say, it feels a little pushy. It feels a little bit like an endless humblebrag.” In this new film, as Dr. Miriam Spacelli, Stephanie tries to talk her clients off of the edge as they crave experiencing the world IRL (in real life) or worry about maintaining their social media presence.

You only need to be a casual observer to recognize that some of the characters ring more than a little true. (For example, Colton Ryan plays Dan Summers whose crazy antics and viral videos are very reminiscent of YouTuber, Logan Paul.)  “We would never cite our sources or our inspiration,” Stephanie says, “but we definitely used people who are real social media influencers. I cannot say that I personally spent much time on it before the movie and I certainly did when I came on board [as] producer… I did some research for the movie. It was very eye opening. I’m really impressed with how many people are quite good on camera.” Ultimately, Stephanie believes that The Social Ones is a movie for everyone – those who love and those who love to hate social media. “It’s a good, easy laugh in an otherwise stressful time in our country.”

Given the popularity of the USA Network’s Law & Order: SVU marathons, Americans love to unwind by watching reruns of that NBC drama too. Stephanie – who played DA Alexandra Cabot off and on for 18 years – admits she still gets recognized in the street by fans. “When I wear my glasses in particular,” the blonde says. “Somebody dubbed them the ‘glasses of justice’ and it has stuck.” In the meantime, you can see Stephanie, and her trademark glasses, on The Social Ones, which is available on Amazon and Apple TV.