“I was always third or fourth in line, in terms of being mentioned in the gaggle of gals — Britney [Spears] and Christina [Aguilera] and Jessica Simpson,” Mandy Moore tells Rolling Stone in an interview published on the day her new album, Silver Landings, came out. However, Mandy, 35, said that not being compared equally to Britney or Christina was a blessing in disguise. “I think because I never found the degree of success that those women did, that allowed me the freedom to continue to make music that I wanted to make — but also as an actor. I was able to find some success in that arena because I wasn’t a one-name pop star that people would watch onscreen and just go, ‘Oh, I know everything about her life.’ I was a little bit more of a mystery.”

Mandy — who was 15-years-old when she became a pop sensation with her bubblegum-pop hit “Candy” —  addressed being thrust into the spotlight at such a young age in her new song, “Fifteen.” She told Rolling Stone that she looks back at that age “with greater affection” since she’s gotten older. “Anybody would look back on their high school years like, “Why did I choose to wear that outfit?” But in my case, it wasn’t just the clothes I was wearing — it was the music I was recording. I didn’t have a ton of creative control. Gaining a little bit more wisdom and distance 20 years on, I’ve learned to embrace that part of me too. She still lives in me. I was doing my level best. There [are] people out there that really enjoy those records and that music. It’s not necessarily my cup of tea!”

The This Is Us actress also spoke about the joy of working on Silver Landings with her current husband Dawes frontman Taylor Goldsmith. “[He] is truly one of the most unbelievably talented people on the planet. I feel so lucky to be under the same roof with him. For the past five years that we’ve been in each other’s lives, he is always at a piano or holding a guitar in his hands — just noodling or practicing or writing a song. It was a foregone conclusion that we were going to make music together, but he has been my biggest champion.” 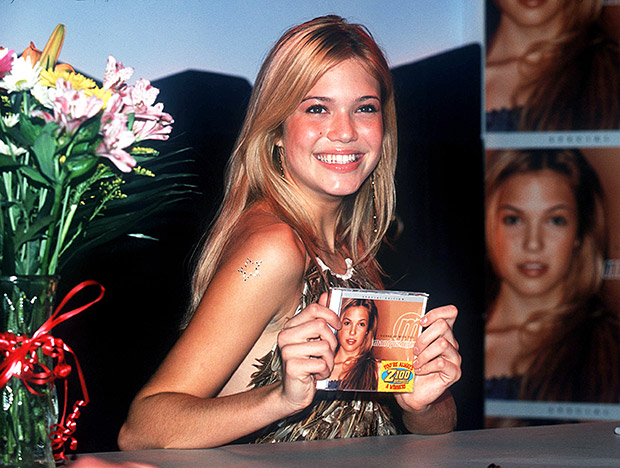 This relationship is a stark contrast to that of her previous marriage. In 2019, Mandy and six other women accused her ex-husband Ryan Adams, 44, of “psychologically abusive behavior.” Ryan tweeted that The New York Times expose “is upsettingly inaccurate,” but apologized “deeply and unreservedly” for causing unintentional hurt. When asked if she felt hesitant about coming forward with these accusations, Mandy told RS that she didn’t.

“I never had any hesitancy, especially once I realized how many people were speaking out. I feel really heartened that emotional and psychological abuse is a topic of conversation that women are very hungry for. The outpouring that I received on social media, DMs on Instagram…I’m still getting stuff. Women are fighting to be heard and to be understood and to be recognized.”