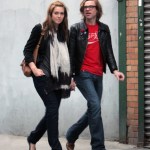 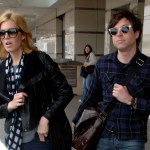 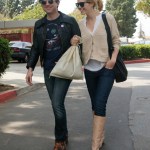 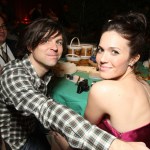 Mandy Moore, 34, accused her ex-husband and former music collaborator, Ryan Adams, 44, of “psychologically abusive behavior” when she was still launching her singing career in her 20s, according to The New York Times’ account on Feb. 13. To tell her story, the This Is Us actress banded with six other women, including Phoebe Bridgers and a then underage musician, most of whom told a similar narrative: Ryan, who has accrued seven Grammy nominations, allegedly used his prestige to bait them with promising careers “while simultaneously pursuing female artists for sex,” according to interviews the women provided to the Times. The newspaper claimed that these interviews were “corroborated” by family members or friends “who were present at the time,” in addition to messages from Ryan. But through Ryan’s lawyer, Andrew B. Bettler, the musician-songwriter said these were “extremely serious and outlandish accusations,” and that he did not have the “power to make or break careers.”

On the same day the story surfaced, Ryan took his defense to Twitter and wrote, “the picture that this article paints is upsettingly inaccurate.” However, he apologized “deeply and unreservedly” for causing unintentional hurt. Speaking on the accusation of sending flirty messages to a minor, he added, “I would never have inappropriate interactions with someone I thought was underage. Period.” He did not specifically call out his ex-wife in the posts. Mandy, who was married to Ryan for nearly six years until divorcing in 2016, said her ex “discouraged her from working with other producers or managers” when he “offered to work on her next album” in 2010, the Times reported. Their professional relationship took a dark turn, according to Mandy’s account, as Ryan allegedly broke his promise to record songs they co-wrote and “lashed out” in ways she considered psychologically abusive. “His controlling behavior essentially did block my ability to make new connections in the industry during a very pivotal and potentially lucrative time — my entire mid-to-late 20s,” said Mandy, who hasn’t released an album since 2009.

This drama was unbeknownst to the public, as they appeared to amicably split when Mandy filed for divorce in 2015. But the ABC star broke her silence on the marriage three years later, saying that it wasn’t “the smartest decision” and that she “didn’t choose the right person” in an Oct. 2018 interview with Glamour. This provoked a tweeting tirade from her ex, who claimed he didn’t even remember the “start” of their marriage! In one of the more shocking tweets, he wrote, “When someone told me we got married I thought they were joking. Then I realized how many painkillers I was taking. Honestly there weren’t enough to numb the shock. Gollygooops.” Ryan later apologized for “his remarks” and justified that he was “trying to be funny.” A month after his apology, Mandy went on record again to speak out against their “heavy,” “dark,” “confusing” and “lonely” failed marriage in a profile with Bustle.

But the picture that this article paints is upsettingly inaccurate. Some of its details are misrepresented; some are exaggerated; some are outright false. I would never have inappropriate interactions with someone I thought was underage. Period.

As someone who has always tried to spread joy through my music and my life, hearing that some people believe I caused them pain saddens me greatly. I am resolved to work to be the best man I can be. And I wish everyone compassion, understanding and healing.

Now, Mandy and Ryan’s six other accusers are labeled a “support system,” and they alleged shocking incidents: a former musician, addressed in the story by her middle name “Ava,” claimed that Ryan sent her flirty and sexual messages while she was just a teen. To this, Ryan’s lawyer said his client “does not recall having online communications with anyone related to anything outside of music” and that “if, in fact, this woman was underage, Mr. Adams was unaware.” Another musician, Phoebe Bridgers, was 20 when Ryan first invited her to record with him. She alleged that they entered a “whirlwind romance” but Ryan became “obsessive and emotionally abusive,” so she broke it off. Ryan, through his lawyer, gave a much more relaxed description of the relationship as “a brief, consensual fling.” You can read more accounts in the full Times expose.