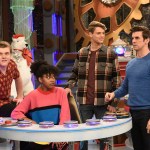 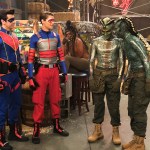 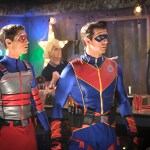 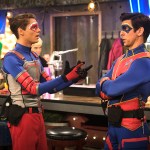 ‘Henry Danger’ is coming to an end and HollywoodLife has an EXCLUSIVE preview of the final 4 episodes. In the last seconds of the trailer, Henry bids farewell to Kid Danger.

The final 4 episodes of Henry Danger are upon us and HollywoodLife has your EXCLUSIVE first look. The episodes are going to be even more action-packed and there’s going to be even more heart. The stakes are higher than ever but that’s Henry Danger. There’s some tension between Henry and Ray in the final episodes. “You swore an oath to defend this city,” Captain Man tells Kid Danger, who replies, “I don’t want to be Captain Man. I will never, ever be Captain Man.”

The final choices, the final secrets, and the final battles are all going down in these last episodes. Henry finally reveals to his mom that he’s Kid Danger and supervillain Drex returns. “I am a superhero, you are the sidekick!” Captain Man says to Kid Danger. “You didn’t sign up for this! I did!”

The end of the trailer shows Kid Danger appearing to don his suit for the last time. He transforms back into Henry Hart. “Hey, everyone. I’m Henry Hart,” he says. “And I used to be Kid Danger.” The final 4 episodes of Henry Danger will begin Feb. 29 at 8 p.m. on Nickelodeon.

Henry Danger may be ending but the world is expanding. The brand-new spinoff Danger Force will premiere March 28 at 8 p.m. The show will introduce a new superhero cast and features original Henry Danger cast members Cooper Barnes and Michael D. Cohen reprising their fan-favorite roles. Captain Man and Schwoz will be introducing four new superheroes-in-training as they team up to fight crime in their town of Swellview. Danger Force will consist of 13 episodes and is produced by Cooper Barnes and Jace Norman (Henry Danger). Production for the series is currently underway.