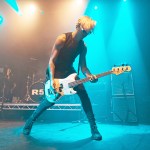 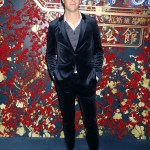 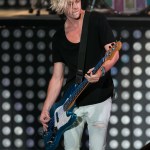 Just ahead of National Margarita Day, Riker Lynch and his band are EXCLUSIVELY premiering their new music video for ‘My Girl Rita’ with HollywoodLife!

A new video from Riker & The Beachcombers is here! Riker Lynch’s band is premiering their music video for “My Girl Rita” EXCLUSIVELY with HollywoodLife. In the video, the guys wear Hawaiian shirts while performing in front of an outdoor bar within a tropical location. The star of the video is the gorgeous bartender, Rita, who is actually played by Riker’s own wife, Savannah Latimer. Rita serves up drinks to customers who are seated in front of the band, and she catches Riker’s eye during the performance. At the end of the video, Riker and the guys take a load off by enjoying some drinks of their own, and Rita leaves the lead singer her number on a napkin.

“The video came together once my video team and I locked in a location for a secret beach club,” Riker told HollywoodLife EXCLUSIVELY. “I knew I wanted to have the character ‘Rita’ be the bartender making margaritas, and my lovely wife, Savannah, is so supportive of everything I do, so she helped bring this character to the video and I’m so happy with how it turned out. So many friends made this video possible. My sister, Rydel, has a little cameo, as well as the guys from The Fund, and my good friend from Glee, Curt Mega and his wife, Kim. Casamigos was super excited to be involved as well.”

As for how the song came about, Riker explained that the idea was brought to him by Jon Robert Hall during a night at Darren Criss’ bar in Hollywood. “He started to sing the beginning ideas for the chorus melody, and I knew right there that this could be something great,” Riker admitted. “I told him I was all in and I wanted to put him together with my other friends, The Fund, a production and writing team, to finish the song. So Jon and The Fund set a date and they knocked it out in a few hours. I came in and tweaked a few lyrics, but the whole thing was even better than I expected. Right from the first note, I was incredibly excited about it.” Check out the full video above!