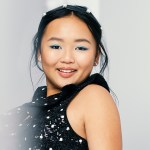 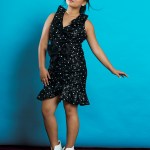 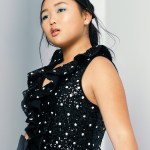 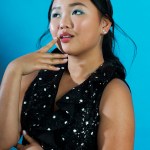 Ella Jay Basco played a pivotal role as Cassandra Cain in the new Birds Of Prey alongside Margot Robbie as Harley Quinn. The 13-year-old breakthrough star spoke to HollywoodLife.com in an EXCLUSIVE interview about her experience in her first feature film, and even revealed she’d love to star in a spin-off of the DC Comics character! “I’m not ready to let go of Cassandra Cain,” Ella dished. “I think Harley and Cass would be super fun to play again, together. It was so interesting to watch Margot work, and I’d love to work with her again. Plus, I think that’d be super entertaining to have maybe a show about Harley and Cassandra!” The site We Got This Covered already revealed that their sources claim Birds Of Prey will receive the sequel treatment, but it’s not clear which character will be the focal point of the next film.

The young actress also praised Margot and her work ethic while on set. “The scenes that we had together, I definitely saw her switch between hats of being a producer and an actor, and as a coworker of hers, she was a great resource to ask questions, and it felt super comfortable and safe,” Ella said. In addition to Margot, Ella also starred opposite more all-stars, including Jurnee Smollett-Bell and Mary Elizabeth Winstead. “It was really inspiring [working with them]. They definitely taught me how to be in the industry and really made my first experience the best experience it could possibly be,” she added.

She described her Cassandra Cain as an “outlaw” in the Birds Of Prey film, while she is a departure from the original DC Comic character, who was trained as an assassin from birth. “She’s a little street kid. She knows her way around Gotham, but she doesn’t really know who she is necessarily,” Ella explained. “She’s really misguided because she doesn’t really have any parents, she’s an orphan. But at the same time, she has to put on this thick skin and show that she’s independent and can handle herself.”