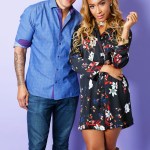 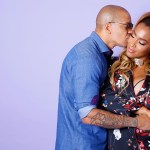 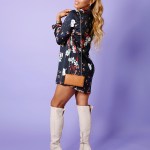 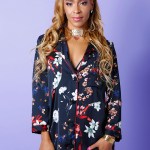 Peter Gunz admitted in an EXCLUSIVE interview with HollywoodLife that his past as a notorious cheater helped him land his newest job. And he revealed his plans to return to ‘Love & Hip Hop: NY’

L&HH:NY alum Peter Gunz, 51, is the newest host of the long running hidden camera reality TV series Cheaters. Peter will be filling a spot left empty after the show’s previous host Clark Gable III tragically died in Feb. 2019 of an Opioid overdose. In spite of the sad circumstances that left the job open, it’s hard not to agree that the gig is a perfect fit for Peter, considering his personal history with infidelity.

AS fans of L&HH:NY know, the father of 10 was caught up in a long running love triangle with his ex [of 13 years], Tara Wallace, and a newer love interest Amina Buddafly. Both women ended up pregnant with Peter’s children at the same time and it was all captured on camera. Peter has made amends with both women and he’s now found a way to use his past mistakes to his advantage.

“I was a habitual cheater, I know all the lies, all the tricks of the trade,” Peter admitted to HL. “Who better to spot out things? I think that’s part of what makes me a great choice for this. And, Rest In Peace to Clark Gable and no disrespect to [original host] Joey Greco, they’re good, but I think that it’s time for a different swag, a different change.”

Peter who has also appeared on Marriage Bootcamp: Reality Stars, told HL his goal will be to “mend” the relationships once the cheaters are busted.  “I’m more into mending than ending relationships. Let’s see if we can work it out. But if it’s too toxic you might need to walk away. I’ve done it all. Hopefully, I’m not here to break up happy homes. My goal is really to mend things, but if it will be safer to  let it split, so be it.”

“I’m a person that … especially men, we don’t think we need therapy. We don’t want to pay nobody to tell us our problems. I definitely think therapy helps, a professional telling you what’s going on. The right professional, not a person that’s just sitting there trying to swipe your card and run up the time on the clock. If you can find the right therapist, I think it can help you. So that part of mending, or just realize that this is a toxic relationship. It’d probably be better to split. Try to figure it out. A lot of relationships stay together for the kids or finances, but if it’s toxic, it could hurt the kids, and it could drive you crazy.”

“It took me … I’m 50 now. It took me up to this age to finally realize … They say never too late to learn that. It helped me so much, and I’m mad at myself, letting my thirties and forties pass me by without speaking to a professional. The thing is you have to listen and let go and not just sit there… It helped me, I mean, I can only speak for myself. It’s a combination of just being old and tired, and ready to do the right thing, but also listening to that person helped me so, I recommend therapy for anybody. It can’t hurt. Worst case scenario, it don’t work, but try.”

One of the moments that sent Peter to therapy happened while cameras were rolling on L&HH:NY and Peter had to tell Tara that he had secretly married Amina behind her back. Recalling that moment Peter opened up to HL about his remorse. “I think that would be in top five worst things in my life. I can’t even look at that clip. It would be right next to my dad’s death, right under that because Tara’s been nothing but straightforward and good with me. And she asked me several times, ‘Is there anything on the show that could come out that would hurt me or that I might not know?’ and I said, ‘No.’ And I was [secretly] married [to Amina]. I begged the show not to put that out…and they did it anyway. But it’s something that… If somebody had done it to me I would probably killed them. So for me to do that to somebody is… to her is, is… it’s going to hurt me twice because of watching her be like that and then I have some answering to do, to help my sons when they get older. ‘How could you do that to my mom on National TV?’ So it’s probably up there like I said in, the top five worst things I’ve ever done in my life and I will always regret that. Probably till the day I die.”

Although the producers of L&HH:NY went against Peter’s wishes and aired his lies out for the world to see, he told HL he’s not holding a grudge and in fact plans to return to the show that first made him a reality star. “I’m not mad at them, that’s just the way it is but there are certain things that I wish they would have just said, ‘He’s given up enough, we don’t need that.’ But that’s what made the storyline. ‘He got married and she doesn’t know and we’re going to expose it.’ I have my regrets but at the end of the day my story’s real. And I  will be back. All I can say now is that, ‘You will see me on the show.’ In what capacity and how much I don’t know. But you will see me back on Love and Hip Hop.”

If you can’t wait for Peter’s return to the small screen you can always catch him on social media, he told HL: “I go on Instagram every day at 1:00pm EST, Hate me, love me, give me some advice, ask me some advice. Whatever it is, you can talk to me, we talk about it. It’s @petergunz174 on Instagram.”